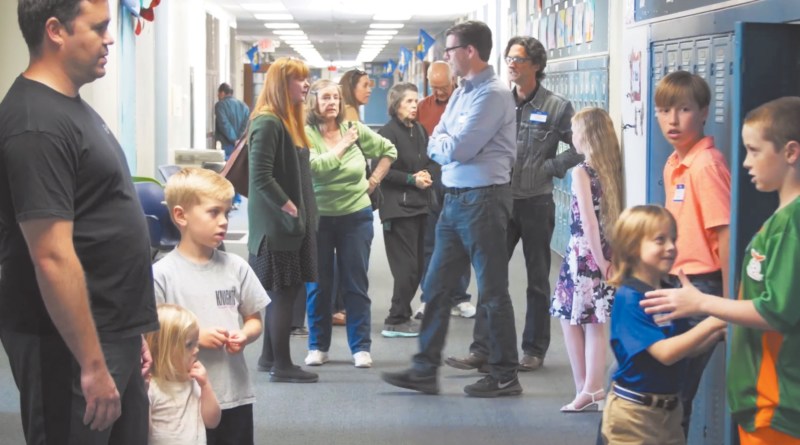 The Hyer Elementary sign in the school’s front yard proved a popular photo spot as residents came to bid farewell during a recent open house.

It’s the school’s original sign, and district officials have confirmed that it will be included in some form when the school is rebuilt.

Both Hyer and Bradfield Elementary schools are scheduled to be torn down – Bradfield this summer and Hyer the following year. New school buildings will go up in their places with Bradfield to open for the 2019-20 school year, and Hyer 2020-21.

The schools recently opened their doors to the public after normal school hours, and residents filled the halls making their informal goodbyes.

“The large turnouts at the open houses show how much our community values education, our children, and our traditions,” said Kristen Woolery, a Highland Park resident. “Even with differing opinions on the new construction, it’s overwhelmingly evident that we all care deeply about our schools.”

The future reconstruction is part of Highland Park ISD’s $361.4 million bond package passed in 2015. A new elementary campus opened last year and the reconstruction of University Park Elementary should wrap up this summer.

In recent months, many Highland Park residents have complained to the school board and Highland Park Town Council about plans for Bradfield.

University Park residents have been voicing concerns about the future of Hyer.

A growing concern among residents is the likelihood of Bradfield and Hyer schools being rebuilt as three-story campuses. In neighborhoods built in the early 1900s, keeping the surrounding areas “aesthetically pleasing,” as many put it, is important. Some said a three-story school – or any three-story building in Highland Park – would compromise the history of the neighborhood.

“Ask yourself this – would any of us have voted for this [bond package] if we knew a three-story school was going to be the end result?” said resident Nathan Wood. “These are hundred-year decisions that are being made.”

The Town Council has already approved a site plan and zoning allowing for Bradfield to be rebuilt as a three-story campus. However, town leaders reached an agreement with district officials to have an architect specializing in classical architecture peer review the design in hopes of making it fit-in better with the architectural character of the community.

Decisions on the Hyer rebuild project will come in the months ahead.

Highland Park ISD board president Jim Hitzelberger, a Hyer graduate, said the schools are “a big part of what make the community so special.”

“Being a Hyer graduate and walking the halls brought back such great memories,” he said. “Bradfield and Hyer hold a special place in the hearts of so many in the Park Cities. We were thrilled with the turnout at both events. When completed, we believe our new schools will also create wonderful memories and be a source of pride for generations to come.” 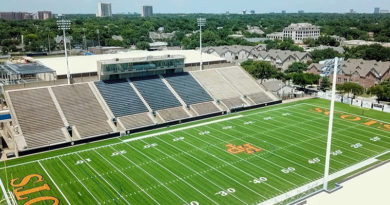