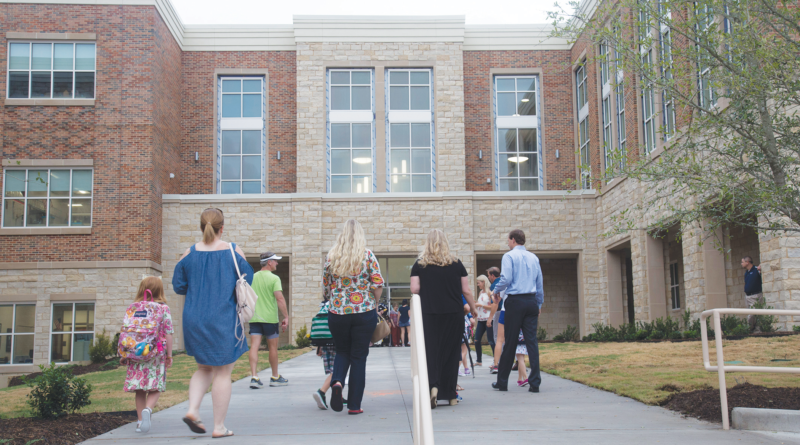 June 12 is a big day for Highland Park Independent School District, as the Board of Trustees will vote on extending enrollment to the children of district instructors.

If approved, the policy would be phased in over time, since additional capacity will only be available for students in grades K-4 during the 2018-19 school year. Per school board officials, enrollment in other classes will be included as capacity is added to McCulloch Intermediate, Highland Park Middle School, and Highland Park High School.

Since the possibility of added enrollment was brought to the public’s attention in mid- May, a board meeting was held where officials showcased a lengthy presentation on the benefits this could bring the district, as well as plans for keeping Highland Park schools below the overcrowding limit.

The board will meet again 5:30 p.m. June 12 in the Assembly Room at McCulloch Intermediate School.

Here’s a look back at our question-and-answer session regarding the possible enrollment change following the initial board meeting in May:

Why is this enrollment issue suddenly on the table in Highland Park ISD?
It’s not a new issue internally, as the HPISD human resource department began researching ideas for teacher retention and recruitment in the spring of 2017. As the concept has gained steam, the board brought the approach to the attention of the public in an email blast May 11. In researching the issue, the district found that most, if not all, Texas districts allow employees to enroll their children to attend, according to officials.

Won’t this create overcrowding in HPISD classrooms?
Brenda West, the executive director of human resources for HPISD, said at a May 15 meeting that there is “no intent to go over” current classroom sizes in the district. If a classroom reaches a certain number of students, a newly-enrolled child will not be placed. The district’s official statement on the matter states that “acceptance would be dependent upon the availability of classroom seats so as not to interfere with class-size requirements.”

Which students are eligible for transfer into HPISD?
If passed, students of professionals that work at least 80 percent of the year will be allowed into the district, per officials. Additionally, the district will only allow transfers for grades kindergarten through fourth grade for the 2018-19 school year.

Will the incoming transfer students be charged tuition?
The district will not be charging tuition for the transfer students. Per West, if a district charges tuition, it waives the right to receive any additional state funding.

How does HPISD’s staff feel about the possibility of additional students?
Officials surveyed district staff members and found that 75 percent of HPISD employees surveyed said it would “significantly impact recruiting professional staff to the district,” while more than half said it would significantly impact their decision to remain a district employee. Staff members would need to make an application each year for their student, who would also need to meet specific attendance and discipline requirements. If an employee leaves during the middle of the year, the student would be allowed to continue through the six-weeks grading period, similar to residents who move out of the district mid-year. Per the survey, approximately 20 employees indicated that they would seek to enroll their elementary school-age children during the 2018-19 school year.

The Parade of Champions