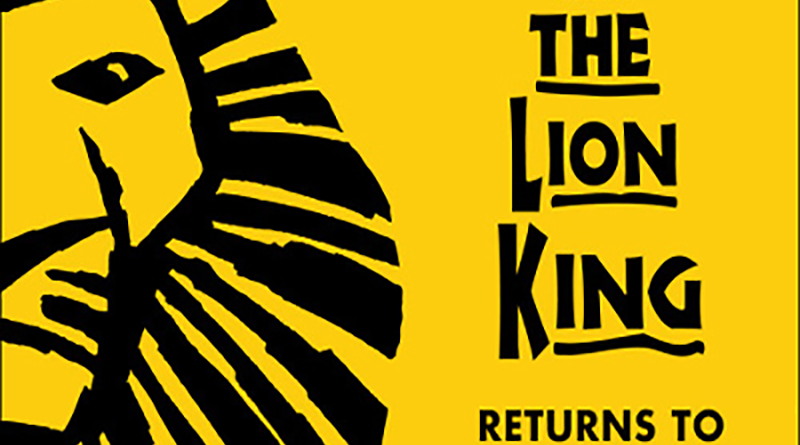 From the moment the stage lights bring Rafiki to life, and she sings “Here comes a lion father” in Zulu, you know something magical is about to happen. And then it does.

Sitting in some pretty fantastic center seats at the Music Hall at Fair Park, I watch characters from probably one of my favorite Disney films come to life. They’re in the balconies around the stage, in what appears to be white papier mâché birds flying above me, and making their way down the aisles of the theater to celebrate the birth of Simba.

The little girl inside of me can’t help but tap the stranger sitting next to her and whisper, ‘there’s an elephant behind you.’

Disney’s The Lion King has returned to Dallas.

While there are many different reasons some Broadway plays withstand the test of time, The Lion King has been wowing audiences for more than 20 years with its beautifully technical sets that come to life, cultural storylines, and puppetry that seamlessly melds into the actor.

Based on the 1994 Disney animated film, the production follows the story of Simba, as a young cub, coming into his own after losing his father, King Mufasa. Simba, who was tricked by the menacing uncle Scar was made to feel like his father’s death was on his hands.

In this coming-of-age tale, Simba comes across two peculiar characters, a lovable warthog and a sassy meerkat who teach him the meaning of Hakuna Matata (which means no worries for the rest of your days).

After running into his childhood playmate Nala, Simba learns of his homeland’s turmoil brought on by his uncle’s greed and the hunger of some laughing hyenas (though technically bad guys kept the audience rolling in laughter with their puns and crowd interactions).

Simba returns home to find it in ruins, giving him the strength to stand up to his crafty yet physically weak uncle. The two battle it out on the top of Pride Rock in a scene that somewhat mirrors the death of powerful King Mustafa.

Besides a storyline that once touched my heart as a child, what I loved from this production was the work put on by someone we didn’t see on stage, costume designer Julie Taymor. I almost feel wrong describing Taymor’s work as magical because it’s too simple of a word. The costumes seem to come to life in a way I’ve never seen before on stage.

It gets to the point that the actor inhabiting or holding the puppets become one with them.

And whether you’re me, a girl in her 30’s, the old couple behind me, or the two little girls in front, it’s just a jaw-dropping site to see.

Trust me, if a theatrical production has its crowd on their feet for a standing ovation before the lights dim, it’s a must-see.

Dallas Summer Musicals presents The Lion King at the Music Hall at Fair Park through July 8. 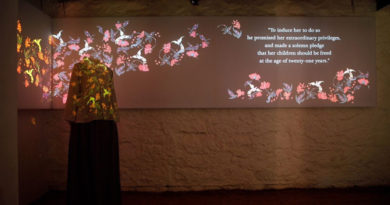