One Central Market wasn’t enough for the Preston Hollow neighborhood.

This September, a new 42,000 square foot storefront will open at Midway Road and Northwest Highway, in the former Sun Fresh Market (Albertson’s) location.

This is Central Market’s third store in Dallas, following the original at Lovers Lane and Greenville Avenue, and a second at Preston Road and Royal Lane that opened in 2012. This store is larger than the one at Preston and Royal, but smaller than the Lovers Lane store.

The Preston-Royal location is four miles away from its latest addition.

Stephen Butt, president of H-E-B/Central Market Division, says in a release that the new store will also serve customers in the Bluffview, Devonshire, Preston Hollow, Midway Hollow, Greenway Parks, and surrounding neighborhoods, which he calls a “vibrant area of Dallas.”

“We’re thrilled to open the doors of our newest location in this vibrant area of Dallas,” Butt said in a press release.

The store will create 250 jobs. 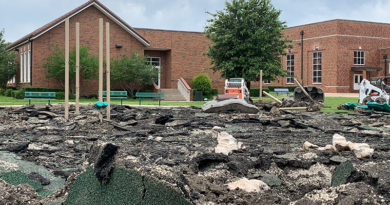 Need Lunch Ideas? Enjoy Fish And Chips For Cause