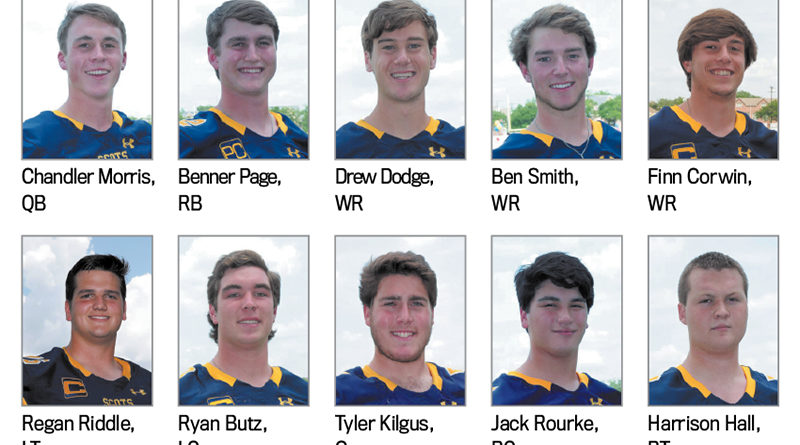 Highland Park graduated eight starters from an offense that accumulated the most points in school history and led the Scots to their second consecutive Class 5A Division I state title.

Among them is John Stephen Jones, one of the top quarterbacks in HP history, who passed for 61 touchdowns last season and amassed more than 500 passing yards against Manvel in the championship game.

But there’s no such thing as a rebuilding year for the Scots. So with eight new starters joining the lineup, expectations are as high as ever.

“We always have that next-man-up attitude,” said senior receiver Finn Corwin. “Everybody is always ready. We don’t have a lot of experience coming back, but we’re ready to go.”

Junior quarterback Chandler Morris, the son of University of Arkansas head coach Chad Morris, becomes the starter with limited game experience but considerable potential. Benner Page inherits the starting job at running back after a promising junior year that was cut short by injury after 186 yards and five touchdowns.

“Benner has been in big ball games,” said HP head coach Randy Allen. “He knows our offense. He’s got good hands, and he’s a good blocker and runner.”

The offensive line should be especially strong on the left side, anchored by Rice commit Regan Riddle at tackle and Ryan Butz at guard.

Youngsters Take Love of Gaming to Next Level