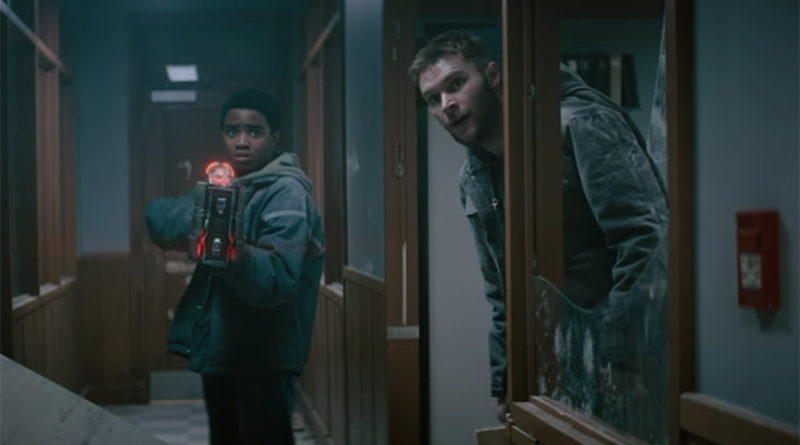 Two movies that check all the boxes for good storytelling opened in theaters today.

The first, Juliet, Naked (rated R) is based on a novel by Nick Hornby (Brooklyn, Wild) and tells the story of Annie (Rose Byrne), a woman approaching middle age in an English seaside town becoming slowly aware that she is stuck in a rut with her long-term boyfriend Duncan (Chris O’Dowd) – an obsessive fan of obscure rocker Tucker Crowe (Ethan Hawke). Not to give away too much about the movie, Crowe releases one beloved album, called Juliet, and then completely vanishes from the music scene.

Fans, like Duncan, are consumed in the stories behind the lyrics, rare recordings, and theories about what happened to the artist that gave them something to feel about – all on a website.

When an underground album of stripped-down demos titled Juliet, Naked lands in the laps of Annie (not really a fan) and Duncan, this movie really begins to take shape. What I personally enjoy about the film is that it relies heavily on great script writing and amazing actors.

There’s nothing really flashy about the production: the scenery is mostly inside a house. But despite not having a bunch of bells and whistles to make me say “Ooh” and “Ahh,” I was hooked to the screen.

Here is a link to an incredible article in the LA Times that talks about how the team behind the film came up with the music.

Juliet, Naked opens Aug. 31 at the below select theaters:

The second film combines the great screenwriting with the bells and whistles.

Kin (rated PG13) is a sci-fi thriller that’s about both futuristic weapons as much as it is about family troubles. Set in Detroit, Michigan, the film is inspired by short Bag Man, written and directed by brothers Jonathan and Josh Baker, and tells the story of Eli (Myles Truitt), a black 14-year-old who was adopted into a blue-collar white family.

While scrapping for metal in abandoned warehouses, Eli comes across an unusual weapon.

Again, not to give away too much about the film, Eli finds himself on a road trip with his bad-boy older brother Jimmy (Jack Reynor) in this coming-of-age tale.

The chemistry and relationship between Eli and his older, just-out-of-jail brother really make this film shine. To be honest, we wouldn’t really need the bells and whistles that come with the unusual weapon to make this movie good  – although it’s pretty darn cool and possibly creates an opportunity for a sequel.

I got a chance to sit down with Jonathan and Josh Baker to talk about the film. Here are a few takeaways.

Writers: I guess when we’re trying to adapt it, we’re sitting down and really forcing ourselves to [think] what is the bigger story here that we’re telling. It’s two hours, there’s a lot of material: We have to pick themes, we have to pick characters, and it has to be interesting to watch. So, I guess we didn’t want to be handcuffed by the short. There were things that worked for that when you set it in New York, but we can set it anywhere now – it’s a feature. So we looked at that there’s a theme of decay in this movie, both in character but also in location. And Detroit fit very easily into that, and suddenly it’s a Detroit story. Then it became a brother story really quickly – I mean shocker – but we wanted to tell a movie about brothers and unconventional family groups, and I guess the more we dove into that it became apparent quickly that you make these two characters incredibly different, almost opposites both in look, and the types of people they are, and morals, and it’s just more interesting because we can bring them together in the end.

Bianca: Why did you all decide to replace the mother with a father in the feature?

Writers: There was something about having three different male characters within a family that had lost the anchor of a wife and a mother and to see how they all interact: One going off to prison, obviously, coming out not knowing his younger brother; and the father really sort of flailing to keep the lights on and super concerned his younger son is going to go down the same path as his older son. That felt like a really interesting family dynamic to explore.

Bianca: How much free reign did you give the screenwriter for the feature and how involved were you all?

Writers: We were pretty involved. We found Daniel Casey, who is our screenwriter, quite early in the process. And it turns out he was from Detroit, so he ended up putting a lot of his childhood and the places he grew up into the screenplay and it’s all very authentic. We’re story guys. I think we knew basically what we wanted to tell and [Dan] took it further.

Bianca: It really seemed at the end there was a possibility for a sequel, was that on purpose?

Writers: Yeah. We like movies that ask questions and leave you thinking and there is plenty of chance for conversation.

Kin also opened Aug. 31 and is playing at AMC NorthPark and several other Dallas theaters.
Share this article... 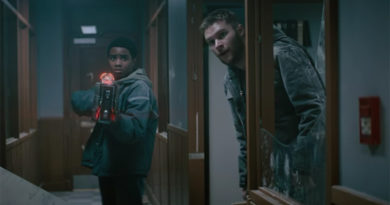