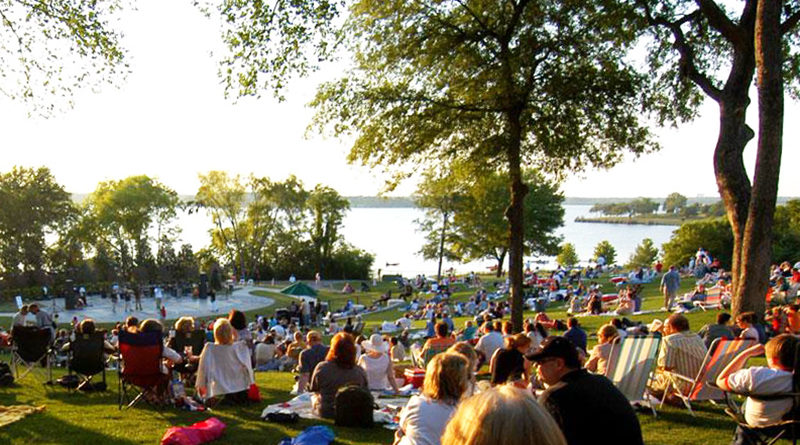 “It’s such a beautiful time in the garden, with an exciting group of bands lined up and there’s no better place to watch a sunset over White Rock Lake,” said Kristi Trail, director of public events.

The first concert will feature, The Wildflowers, A Tribute to Tom Petty & The Heartbreakers.

(ABOVE: Concert goers can bring picnics and beverages or purchase from food trucks. Courtesy Dallas Arboretum)

Bassist Darryell Stone, while listening to the radio one day, asked himself a question: “Who doesn’t love Tom Petty?”

There was only one answer he could imagine, “Nobody,” and soon a tribute band was formed.

The gardens are open to stroll through before the concert to enjoy the breathtaking fall displays. Beginning on Sept. 22, the Pumpkin Village opens with “The Adventures in Neverland” theme and will be open for guests to browse through before each concert.

Subscription packages for the seven remaining concerts, excluding the Emerald City Band on Oct. 4, which has already sold out, are $85 for members and $115 for non-members. Single tickets are selling fast.

Visit dallasarboretum.org/concerts or call 214-515-6500 for more
information or to purchase tickets.