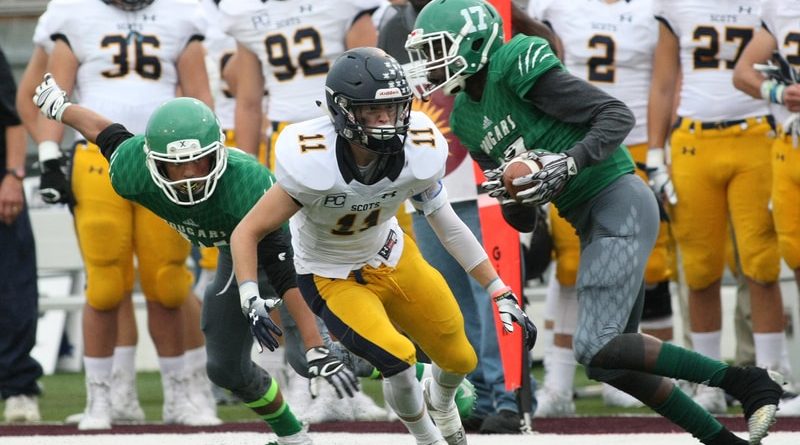 Whit Winfield’s interception led to one of Highland Park’s seven touchdowns during a rain-shortened victory over Bryan Adams last week. The Scots posted their first shutout since 2016. (Photo: Chris McGathey)

Don’t look now, but as the season nears the halfway point, this Highland Park defense is starting to look like something special.

The offense also has been good, of course, as the Scots have powered to a 4-0 start. But entering Friday’s matchup against Woodrow Wilson at Highlander Stadium, the defense is starting to turn heads, too.

HP has allowed 25 points combined in its past three victories, one of which was shortened by inclement weather. The Scots (4-0, 1-0) did surrender 42 points during a season-opening win over Rockwall, but the Yellowjackets have since put up 73 points against perennial power Arlington Martin.

A week ago, HP posted its first shutout in more than two years during a 49-0 drubbing of overmatched Bryan Adams in the District 6-5A Division I opener, which lasted only three quarters — more than one of which featured a running clock.

The HP defense limited the winless Cougars to minus-2 yards of total offense and two first downs. The Scots also forced a pair of turnovers, one of which resulted in a Colby Hopkins fumble recovery in the end zone.

After a perfect run through nondistrict play, the Wildcats (3-1, 0-1) were blasted 54-7 by Mansfield Timberview in their league opener. Woodrow surrendered more points in that defeat than in their three wins combined.

An even more daunting test awaits this week for a program that will have an uphill climb to continue its streak of nine consecutive playoff appearances under longtime head coach Bobby Estes.

Dual-threat quarterback Lucas Woltjen has been impressive through four games, throwing eight touchdown passes with no interceptions while rushing for a team-high 300 yards and three scores. His top target is Curtis Thomas, who has scored on four of his 12 catches. On defense, Woodrow’s standouts include mammoth lineman Z’Core Brooks and versatile speedster Xavier Gipson.

The Scots will aim for their 20th consecutive victory overall prior to taking a midseason bye next week. 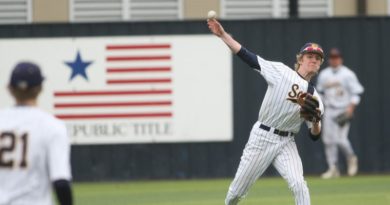