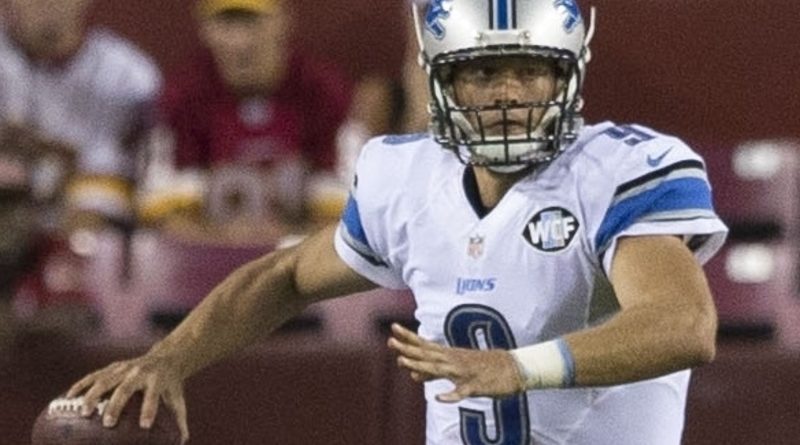 Former HP standout Matthew Stafford hasn’t won in Arlington since 2011. He will try to change that on Sunday when his Detroit Lions take on the Cowboys. (Photo: Keith Allison)

One of the most celebrated players in Highland Park football history will be back in town this weekend.

Matthew Stafford, who led the Scots to their only perfect season during a dominant state-title run in 2005, will return as the quarterback for the Detroit Lions when they face the Dallas Cowboys on Sunday at AT&T Stadium in Arlington.

Stafford, 30, has been a hallmark of durability during his 10 years in Detroit. He will make his 119th consecutive start for the Lions on Sunday, continuing a streak that ranks eighth all-time and third among active quarterbacks.

Through three games this season, he has passed for 895 yards and six touchdowns, with five interceptions. He led the Lions to a 26-10 upset win over the New England Patriots last week.

It will be the fourth homecoming for Stafford with the Lions, with his only victory against the Cowboys in Arlington coming in October 2011. He lost a playoff game there in January 2015 and most recently a regular-season game in December 2016.