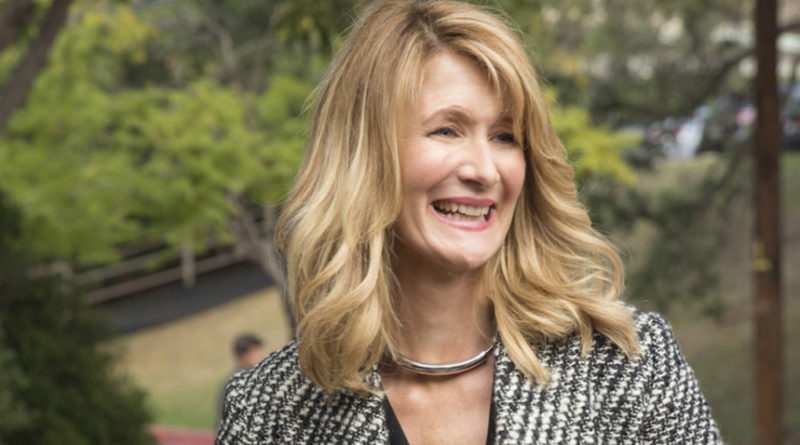 The Junior League of Dallas has recently revealed that award-winning actress Laura Dern will be the featured speaker at its annual Milestones Luncheon.

The event will be held Nov. 16 at the Hilton Anatole Hotel.

The Junior League of Dallas also has announced that the 2018-2019 Sustainer of the Year is Jeanne L. Phillips and it recognized 2018 Milestones Luncheon co-chairs Nicole Brewer and Natalie Lesikar. Sustaining chair is Pam Busbee.

Two time Academy nominated, Emmy and Four-time Golden Globe-winning actress Laura Dern has emerged as one of the greatest actresses of her generation. Dern has appeared in iconic films such as Jurassic Park, Rambling Rose, and Wild. Her first Academy Award nomination came from Rambling Rose in 1992 and 23 years later she earned her second nomination for her role in Wild.

Daughter of legendary actors Diane Ladd and Bruce Dern, Dern has built a lasting career living up to the continuing legacy of her family name and craft. From the lectern, she speaks on how her life experiences have propelled her to become an advocate for women’s empowerment, gender equality and balancing the delicate scales of work, life and family.

“We are so excited to have Laura Dern join us for this year’s Milestones Luncheon. She has not only mastered being a phenomenal actress but also being an activist, using her voice and actions to organizations such as Oceana and Times Up” said Natalie Lesikar, Milestones Luncheon Co-chair.

“She is a woman with range, and her heartfelt nature exudes through her on and off the screen,” added Co-chair Nicole Brewer.

JLD 2018-2019 Sustainer of the Year, Ambassador Jeanne L. Phillips, is being honored for her many years of community involvement in Dallas and unparalleled impact as a Junior League of Dallas Sustainer. An Arkansas native, Phillips graduated from Southern Methodist University and has lived in Dallas since 1976.

The Milestones Luncheon is an annual fundraiser benefiting the Junior League of Dallas Community Service Fund that serves as a platform to raise awareness for the programs and issues supported by the JLD, as well as to recognize the impact and achievements of its volunteers. Proceeds from The Milestones Luncheon allow the JLD to annually grant approximately $1 million to the Dallas community.

To purchase tables or individual tickets, please contact the JLD Development Office at (214) 357-8822 ext. 118 or visit www.jld.net/milestones-luncheon for more information.