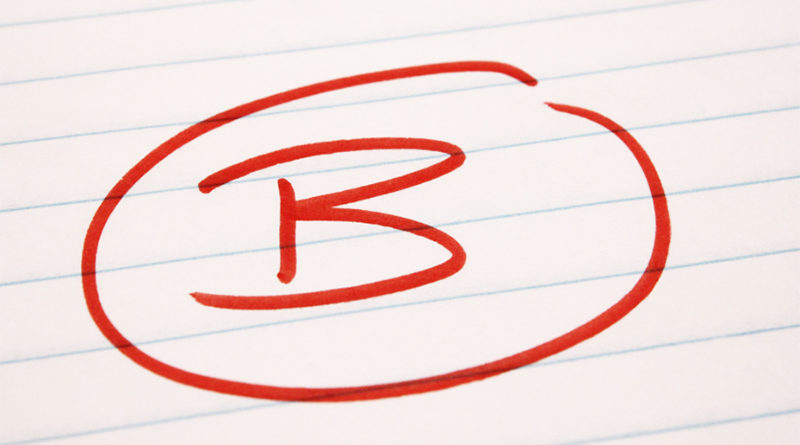 The A through F letter system has long been a staple of grading student work.

In conjunction with the Texas Education Agency, the state recently released a list of letter grades for each school district on the heels of two legislative sessions focused on retooling the education-rating system.

By 2017, three rating categories had been decided on: school progress, student achievement, and “closing the gap,” which focuses on the development of students with special needs or where English is a second language.

Dallas ISD received an overall grade of B, with a B in school progress and C’s in student achievement and “closing the gap.”

The state is expected to release letter grades of individual Texas schools in August 2019. Until then, numeric scores for schools can be found at txschools.org.

The TEA listed Dallas ISD as a district with “exemplary postsecondary readiness,” and an “academic growth score” of 82 out of 100. It also noted that almost 87 percent of economically disadvantaged students in the district are performing “at or at a higher level” than similar students in other state districts.

The student achievement section, officials said, reflects how the district’s students scored on state standardized tests and whether those students are ready for college and careers following graduation. The school progress assessment focuses on student improvement on state tests from the previous year.

According to the TEA, 70 percent of the overall grade is based on the school progress and student achievement categories. The “closing the gap” category makes up the other 30 percent.

Officials said transparency is important to the TEA when discussing the grades, which is why parents and students will be able to access the data online eventually. There will also be data and other notes explaining the grade.

Dallas ISD superintendent spoke out against the letter grading system at a press conference during the summer, saying he testified against it during the last rounds of legislation.

“I’m not a fan [of the letter grading system],” he said. “A simple answer to a complex issue is not always the way to go. Despite saying that, it would be unfortunate if I didn’t thank our employees and students who helped us earn a grade of ‘B.’

“There’s still much more that we need to do. We haven’t arrived; it’s a 26-mile marathon and we may be on mile 6 right now. We have a lot more work to do.”