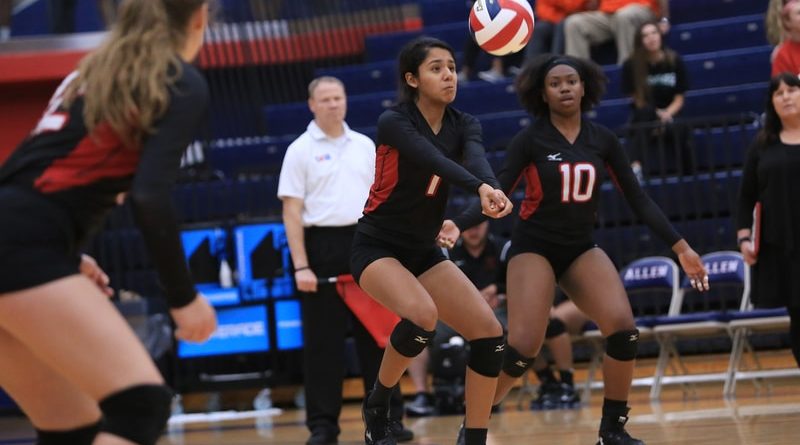 Hillcrest fell to a more experienced Celina team in three sets in the bi-district round of the Class 4A Region II playoffs on Monday in Allen. (Photo: Chris McGathey)

ALLEN — Hillcrest won the District 12-4A title during the regular season, while Celina was the fourth seed out of District 11-4A. But that didn’t tell the whole story.

“We realized, even coming in tonight as the first seed, that we were the underdog,” said Hillcrest head coach Diana Davis. “But I was very proud of how hard we fought all season as well as in this match.”

Celina (19-19) jumped out to an early 9-0 lead in the first set behind four kills by Kylee Meares. But Hillcrest (13-7) narrowed the deficit to 23-17 after some strong serving, including two aces by junior Skyy Owens.

“We’ve grown very strong as a team all year and we never give up,” said Owens. “I’m very proud of how we’ve grown together as a team this year.”

In the second set, the Ladycats led 12-9 before closing on 13-2 run. Celina again jumped out to a big lead early in the third set, but down 8-1, Hillcrest fought back. After a block by Owens and a sensational dig by Maria Diaz, the Lady Panthers cut the deficit to 9-7.

“Nerves played a part in how we started tonight,” Davis said. “We are a very young team with only one senior and two regular varsity players returning from last year’s team.”

After consecutive spikes from Owens and junior Marinda Addison, Hillcrest trailed 23-15. Owens put away another kill to cut the deficit to 23-16, but that’s as close as Hillcrest got. Owens had 12 kills on the night, with the majority of them coming off sets from Diaz.

“This is our third district championship in a row, and our sixth consecutive trip to the playoffs,” Davis said. “But with most everyone returning next year, our goal is to make a much deeper run.” 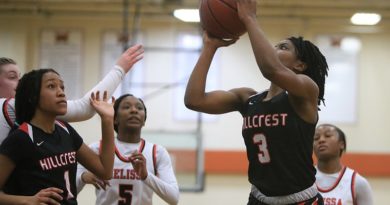