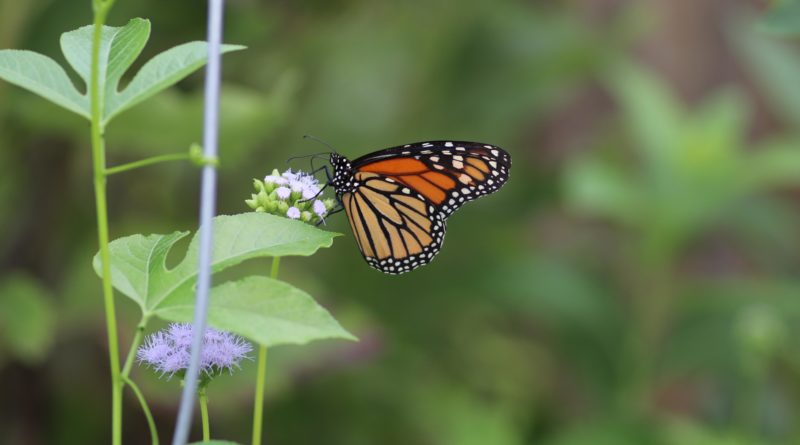 Monarch butterflies play their part in the ecosystem, pollinating flowers and providing a food source for wasps, lizards, birds, spiders, and other predators.

The Texas state insect also serves as what scientists call an “indicator species.”

“By their abundance or by their absence, they tell us how Mother Nature is feeling,” said Dick Davis, executive director for Texas Discovery Gardens.

(ABOVE: The monarch butterfly population has declined in the last 20 years. Courtesy photo)

Indications aren’t good. The monarch population has declined to between 40 to 60 million, down from more than one billion in the last two decades, according to the National Wildlife Federation.

Texas becomes a spot for monarchs during spring and autumn migrations. The butterflies head to Mexico in the fall to hibernate for the winter and then return as the weather warms.

“The greatest threat to butterflies continues to be habitat loss and degradation,” entomologist John Watts said. “Pesticides also contribute to this loss, but habitat loss is still number one.”

Former First Lady Laura Bush has advocated for the monarchs for years. A few years ago, she joined with Texas Parks and Wildlife Department, National Wildlife Federation, Texan by Nature, The U.S. Fish and Wildlife Services, and others to launch a conservation effort to repopulate and sustain the species, but there’s still much to do.

“We also hope to lead an effort to make Fair Park greener by using an assortment of native plants, all of which will benefit butterflies,” Davis said. The organization assists businesses, schools, and homeowner associations with native habitat gardens and landscaping.

There are a variety of ways that residents can help. People can study up on the species that come through and plant native Texas milkweed and nectar plants in their gardens.

“More nectar available for the butterflies gives them more that can be stored as fats that are used to help them survive the winters in the hibernation sites in Central Mexico,” Watts said.

Roger Sanderson, director of horticulture of Texas Discovery Gardens at Fair Park, said, “The more critical need is availability of nectar plants during the fall migration south, especially during years of drought.” 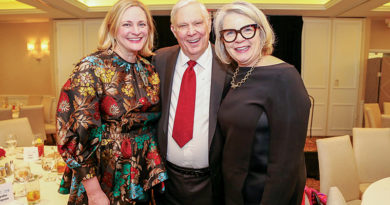