The Scots clinched their 53rd district championship in program history with a thoroughly convincing 39-14 victory over Lancaster at Highlander Stadium.
Skip to content 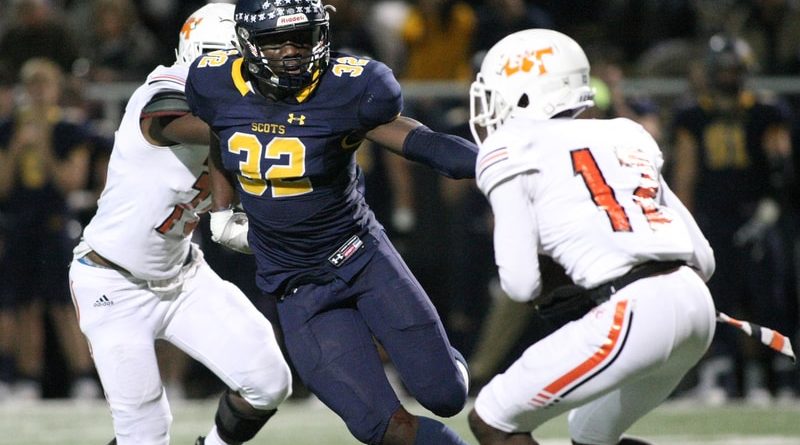 The playoffs don’t start for another two weeks, but Highland Park showed on Friday that it’s ready right now.

The Scots clinched their 53rd district championship in program history with a thoroughly convincing 39-14 victory over Lancaster at Highlander Stadium.

For its 25th consecutive win, HP rallied from an early deficit with 32 unanswered points thanks to big plays from its high-powered offense and key stops from its consistently improving defense.

In shutting out the Tigers over the final three quarters, the Scots (9-0, 6-0) forced three turnovers and stifled the Lancaster rushing attack. Prince Dorbah recorded three critical sacks, each coming on third down.

“Prince had some great pressures on the quarterback,” said HP head coach Randy Allen. “He’s a guy that you almost have to double-team. I was proud of the big plays he made.”

On offense, Benner Page scored three touchdowns and Chandler Morris had another big game. The junior quarterback tossed three scoring passes, including two to Page, and rushed for a touchdown to help put the game away after halftime.

HP didn’t gain much yardage on the ground, but effectively employed its short passing game, which led to a pair of Page receiving touchdowns in the first quarter.

“We caught them a couple of times when they were blitzing, and we got the ball out there to Benner, and he made a big play,” Allen said. “We weren’t having much success running the ball, so when they blitz, you’d better have an answer. Our guys did a good job executing the screen pass.”

Tre Bradford ran for 150 yards and both Lancaster touchdowns, but almost half of that yardage came on a 70-yard scamper that gave the Tigers (5-3, 5-1) a brief 14-7 lead in the first quarter.

The Scots established momentum in the second quarter by taking advantage of favorable field position. A fumble recovery at the Lancaster 16-yard line set up the go-ahead score on a 1-yard plunge by Page on fourth down.

On the next Lancaster possession, a sack by Dorbah forced a punt from the end zone. HP took over at the Lancaster 25, and needed just two plays to score on a pass from Morris to Ben Smith to make the score 28-14.

“We started off really good, and then we had a turnover in our own end,” said Lancaster head coach Chris Gilbert. “We lost all momentum and then the team lost focus. We showed our youth in this environment.”

The teams exchanged fumbles early in the third quarter, with HP’s Grant Gallas making a recovery at the Lancaster 25. Again, the Scots struck quickly, with Morris scampering into the end zone three plays later. A two-point conversion stretched the margin to 36-14.

Wesley Winters capped the scoring with a 34-yard field goal late in the third quarter. And in the closing minutes, HP cornerback Whit Winfield stopped a Lancaster scoring chance with an interception at the 2-yard line.

“They seemed so explosive early in the game, but as the game progressed, our guys got used to that speed and we shut it down,” Allen said.

Morris completed 16 of 29 passes for 237 yards and also ran for 42 yards. Page finished with 118 all-purpose yards, while Finn Corwin caught a team-high four passes for 68 yards.

Meanwhile, Lancaster struggled to generate scoring opportunities after the first quarter. The Tigers completed just six passes in the game and too often made mistakes on key downs.

The Scots will travel to face Mansfield Timberview on Nov. 8 for their final postseason tuneup. HP already has clinched the top playoff seed from District 6-5A Division I, and will aim to secure its first perfect regular season since 2011. 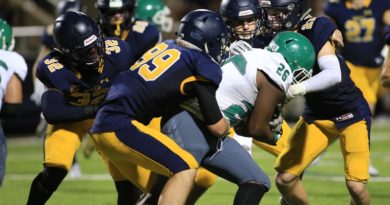 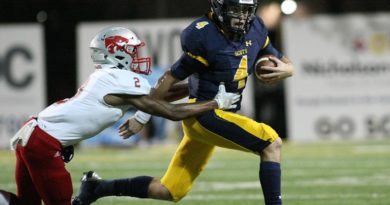 Clyde Honored After Season at Richmond