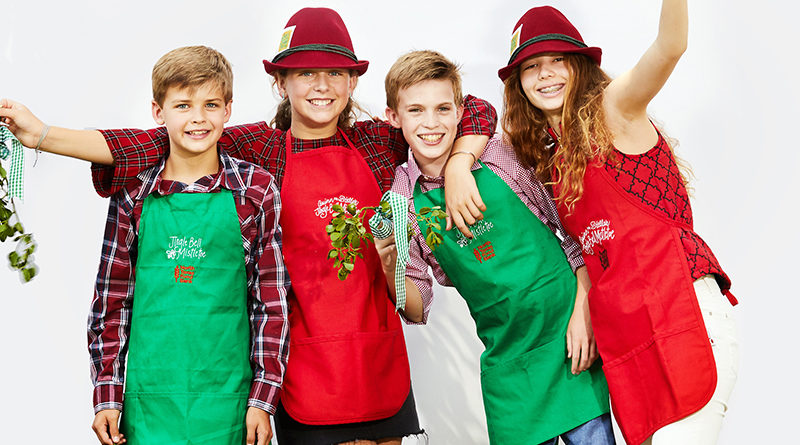 Selling season for the team of seventh-graders behind Jingle Bell Mistletoe doesn’t come until a few days before Christmas, but awards season arrives before Thanksgiving.

The student-run multi-generation organization, which uses proceeds from its annual mistletoe sale at Highland Park Village to fight hunger, will be among the honorees Nov. 9 during Stories Worth Telling, an awards luncheon celebrating Dallas’ National Philanthropy Day.

Team members 12-year-old Stella Wrubel, of the Hockaday School, and 13-year-olds Trevor Godkin and Isabella Dickason, of Parish Episcopal School; and Quinn Graves, of The Greenhill School; are assisted by other students as well as older family members who harvest, trim, and put bows on the mistletoe. This year’s sale will run Dec. 20 through 23 near Royal Blue Grocery.

“These passionate kids are committed to making a difference with the audacious attitude that nothing can stop them, and nothing has,” said Jeffrey King, associate director of individual giving for the North Texas Food Bank.

The food bank, in nominating Jingle Bell Mistletoe for the Outstanding Youth in Philanthropy award, credited the students with providing more than 400,000 nutritious meals during the past four years.

The sale has been operating longer than that. Stella, concerned about East Coast relatives impacted by Hurricane Sandy, started it in 2012. She initially sold in front of her home, raising $2,034 for the American Red Cross that first year, then with the help of friends, $8,421 the next.

In 2014, Stella and Quinn, then classmates at the Lamplighter School, changed the beneficiary after learning about how NTFB helps hungry children in the area.

“We are honored to count them as a friend and partner in our mission and the belief that one meal makes a difference,” King said. 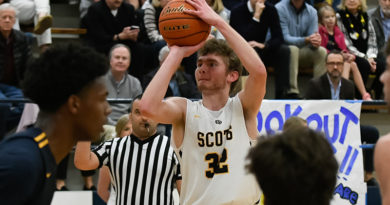