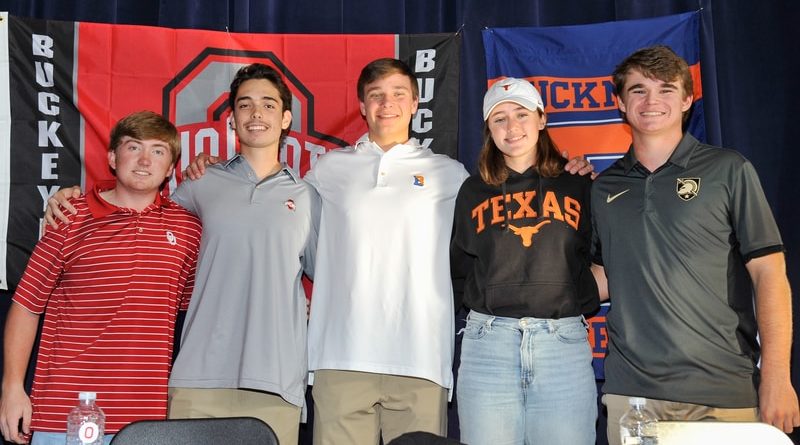 Turner Hosch has been verbally committed to playing golf at the University of Oklahoma since before he was in high school.

So it was almost a relief for the Highland Park senior to finally sign with the Sooners on Wednesday, meaning he’s that much closer to joining the perennial powerhouse college program he’s admired for years.

“I’m glad to get all the paperwork done and feel like I’m part of the program,” said Hosch, who has been a part of two consecutive Class 5A state title teams at HP. “Going in and knowing their expectations are as high as they are, and their program is as elite as it is — that’s really cool.”

Shearer said he began receiving significant college interest over the summer, after his select team traveled to a major national tournament in Georgia. He admits he never thought about attending a service academy before the West Point coaching staff contacted him.

“I toured the campus and realized it was the right fit for me. I really connected with the players and the coaches,” said Shearer, who was recruited as a pitcher. “I take pride in being able to serve my country. I look forward to being able to do that.”

Craycroft is one of the top female rowers at Dallas United Crew, a club team based at White Rock Lake that includes many athletes from the Park Cities.

Her decision to attend Texas seems simple enough, since so many of her family members studied there. But she also will be part of a women’s rowing program for the Longhorns that has risen to national prominence in the last few years.

“UT really stood out for me,” Craycroft said. “It’s really cool to be part of program like that.”