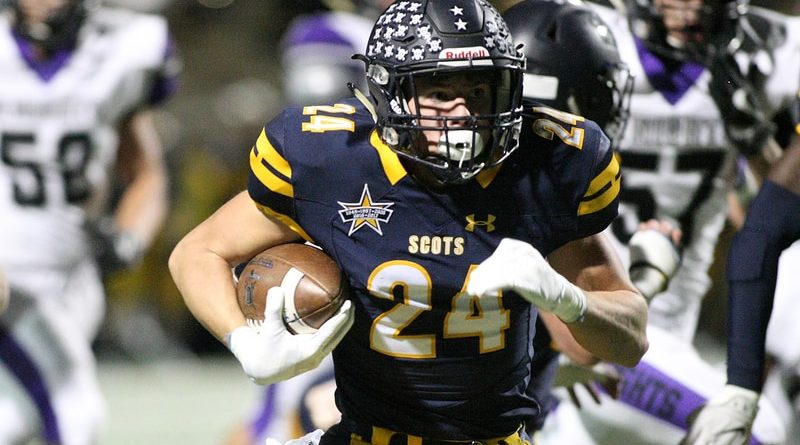 One of the most underrated attributes of this undefeated Highland Park football season has been the ability of the defense to force turnovers at such a prolific rate.

At no time was that more evident than during the first half of Friday’s playoff opener, when the Scots took advantage of miscues on three consecutive Frisco Independence drives and pulled away for a 35-14 win at Highlander Stadium.

The victory in the Class 5A Region II bi-district game extended HP’s winning streak to 26 games overall, matching a school record set in 2006.

“I can’t think of a more exciting game than to have two defending state champions playing next week,” said HP head coach Randy Allen. “It should be a great week of preparation.”

Independence moved the ball early against HP before three second-quarter miscues completely shifted the momentum in favor of HP.

Chris Read returned a fumble 37 yards for a touchdown midway through the second quarter to break a 14-14 tie. Two plays later, HP’s Jeremy Hanes recovered another fumble near midfield, leading to a 28-yard touchdown pass from Chandler Morris to Drew Scott.

With the Scots ahead 28-14, the Knights reached HP territory before fumbling again just before halftime. Brock Bakich pounced on the loose ball.

“We played a great second half. We gave up some yardage and points, and then we shut them down,” Allen said. “If you look at the number of takeaways that we’ve had, it’s a large number compared to any year that we’ve been here. I’m really proud of their ability to get turnovers.”

After accumulating 257 total yards before halftime, Independence never regained its rhythm in the second half, despite dominating time of possession throughout the game.

A deflected punt set up the only touchdown of the second half, on a 4-yard run by Benner Page. He finished with a game-high 83 rushing yards on 14 carries.

“They’re a defense that pursues well, and we had to do some things different to move the ball,” Allen said. “I thought our guys did well. We made enough plays to put some points on the board.”

Earlier, the Scots opened the scoring with a trick play, when receiver Bennett Brown tossed a 72-yard scoring strike to Finn Corwin.

The Knights (6-5) answered with a 16-yard touchdown run by Logan Brungardt, who exited with an injury late in the first half and didn’t return. Brungardt was the top weapon for the Independence offense this season.

Morris gave HP the lead again with a 13-yard scamper to the end zone late in the first quarter. But the Knights responded again, this time with a 75-yard drive capped by a 25-yard scoring pass from Braylon Braxton to Mason Lewis.

Braxton passed for 186 yards and a touchdown for Independence, but the Knights didn’t score again. Ethan Thomas tallied a game-high 92 receiving yards on eight catches.

For the Scots, Morris completed 11 of 24 throws for 187 yards. Perhaps most importantly, HP avoided turnovers, which turned out to be the difference. 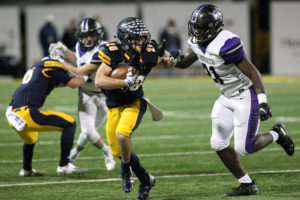 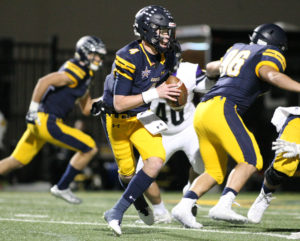 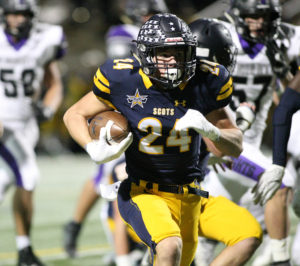 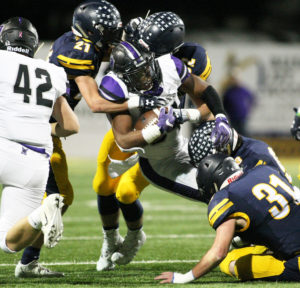 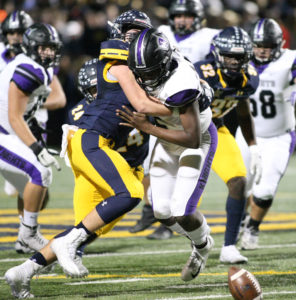 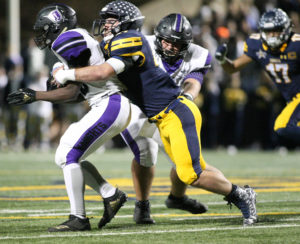 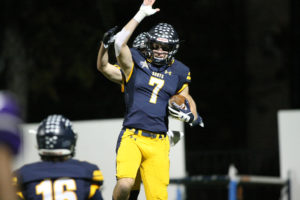 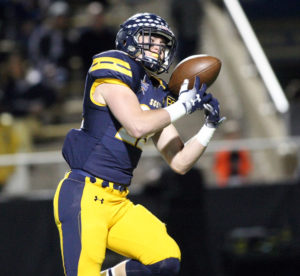 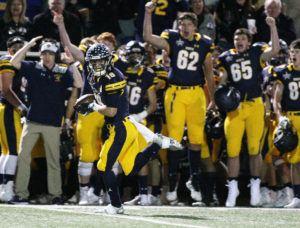 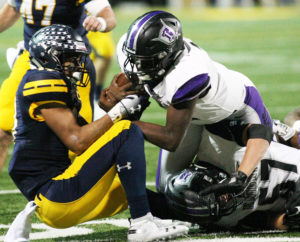 Scots to Face Pirates on Friday