Highland Park dropped its third consecutive game and first in regulation against one of the area's top private school programs.
Skip to content 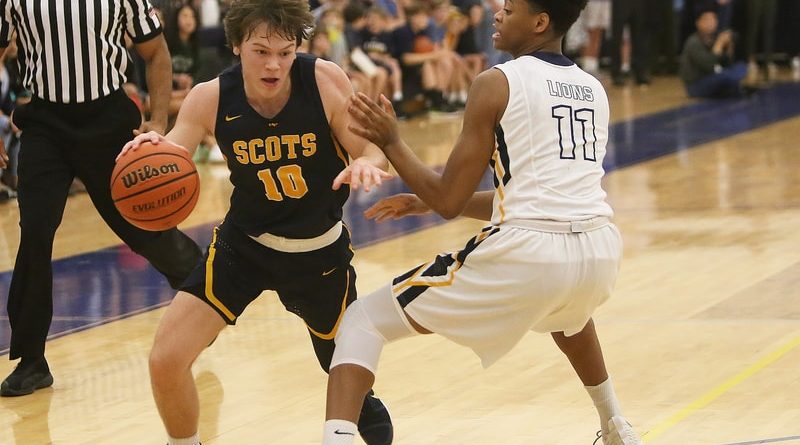 To prove that it’s one of the best private-school teams around, St. Mark’s has challenged some of the best public-school squads in the Dallas area.

Most often, the Lions have beaten them, too, such as Friday’s impressive 72-62 victory over Highland Park at Hicks Gymnasium.

Sophomore forward Harrison Ingram scored 26 points to pace St. Mark’s, which led by double digits for most of the second half. Andrew Laczkowski, the team’s leading scorer so far this season, added 15 points. Colin Smith contributed 12.

The Lions (6-2) already have wins this season over South Oak Cliff, Carter, and Austin LBJ. Their only defeats have come against perennial powerhouses DeSoto and Little Elm.

Riley Seebold scored 19 points to pace the Scots (5-3), who dropped their third consecutive contest and their first in regulation. Seebold has led HP in scoring in every game this season.

The Scots will return home on Monday to face home-school program HSAA. The Lions will host Parish Episcopal on Saturday afternoon before traveling to Plano East on Tuesday.