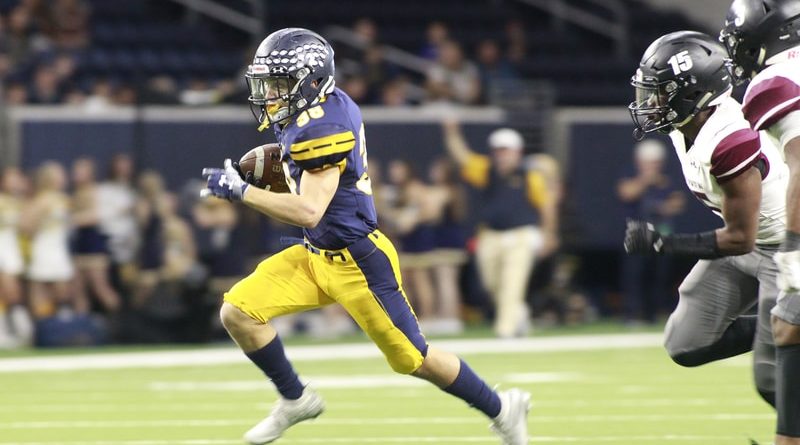 Highland Park is halfway home in its quest to win a third consecutive Class 5A Division I state championship. But as the Scots are well aware, it only gets tougher from here.

In the Region II final on Saturday, the Scots must contend with Tyler John Tyler, a fellow perennial power with a decorated postseason history of its own.

The Lions have posted double-digit victory totals in six of the past nine seasons, including three state semifinal appearances during that span. One of those came in 2011, when Tyler upset an undefeated HP squad 42-39 in a thrilling third-round tilt in Waco.

Of course, no program can match the recent success of the Scots (13-0), who have won 28 consecutive games after crushing Mansfield Timberview 52-7 in the regional semifinals last week.

That game was played on the same field as Saturday’s contest, the Ford Center at The Star in Frisco, an indoor venue where HP has never lost in five appearances since 2016.

The Scots have kept their momentum rolling throughout the season thanks to an aggressive and opportunistic defense that forced a season-high five turnovers last week against the Wolves, giving HP a remarkable 34 takeaways this season.

Meanwhile, the Scots raced out to a 38-0 halftime lead as junior quarterback Chandler Morris tossed three touchdown passes and ran for a score. Finn Corwin followed up a long touchdown reception on the second play from scrimmage with a punt return for a score.

HP has plenty of other weapons, too, which is a major reason why the Scots are scoring almost 42 points per game this season and winning their games by an average of more than 30 points.

However, the Lions (10-2) will be one of the most athletic teams HP has faced all season, with a defense that has allowed just 40 points through three playoff games (in fairness, the Scots have surrendered only 41).

Tyler has won nine straight games after a slow start. And in the past two weeks, the Lions have easily dispatched Lancaster and Frisco Lone Star — two of HP’s regular-season conquests — by a combined tally of 53-23.

Dual-threat quarterback Devlen Woods leads a host of dynamic playmakers on the Tyler offense. Roderick Hawkins is the top rusher, while Ke’Andre Street, who has verbally committed to the University of Houston, is the leading receiver. 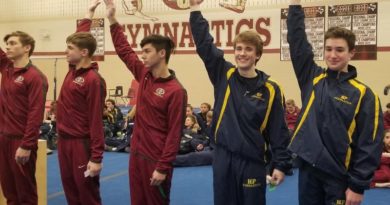 One thought on “HP Clashes With Lions in Regional Final”