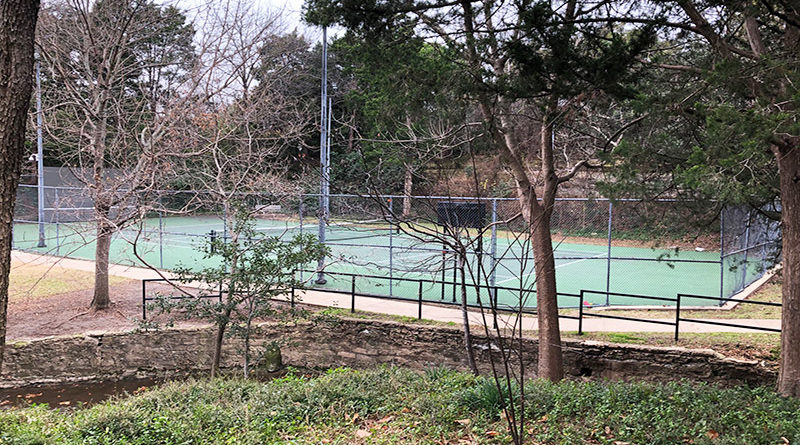 Even Mayor Pro Tem John McKnight has voiced doubts about the future of the court beside Hackberry Creek in Prather Park.

(ABOVE: Removing Court No. 1 could make room for yoga, music, and picnics. Photo: William Taylor)

“I’ll say, in the long run, I’m not sure that should be a tennis court,” the town council’s tennis enthusiast told his colleagues recently.

Town leaders are contemplating the long run, because the court’s relocation or removal is recommended in the recently-approved master plan for the Hackberry Creek corridor.

They also are contemplating the short run, because the poor condition of that court near Lexington Avenue will require action soon.

“That could be the most perfect tennis court in the world because it’s such a great setting,” McKnight said. “In reality, it’s not that perfect.”

The town has budgeted about $40,000 to address fencing, the surface, and other problem areas.

“The alternative to spending $40,000 is to demolish it and put in grass,” McKnight said.

Consultant Stan Cowan recommends demolition. He is the managing partner of landscape architecture and planning firm MESA, which authored the master plan for a mile-long corridor from near Byron Avenue generally southward to Armstrong Avenue.

The plan describes the court’s location as a “grotto” with an exposed stone face, the views of which are blocked by fencing and windscreens.

“This is one of the most unique and picturesque areas,” the plan notes. “It should be available for enjoyment by more than just one user group.”

As a lawn, the area could serve as a venue for yoga, tai chi, picnics, and perhaps concerts.

“Everybody views it as a magical setting,” Mayor Margo Goodwin said. “I personally don’t think it would be rash at all to turn it into sod.”

Though the town has eight courts now, staff said six would be enough to meet demand.
Still, a decision on Court No. 1 could wait.

Spending $40,000 would address playability for the next five years or so, until a future council is ready to decide the court’s fate, explained Ronnie Brown, director of town services.

The town budgeted $5.8 million over 10 years for creek corridor projects, which would begin between Byron Avenue and Beverly Drive and continue in two-year cycles.

Substantial work in Prather Park might wait for Phases Three or Four, but even so, council member Eric Gambrell said he’d rather not spend $40,000 now, only to remove the court later.

He would like to receive more public input, possibly at a meeting in early 2019.
McKnight agreed.

“Even people who haven’t played that court are going to have opinions,” he said. “We need to learn how strong those opinions are.” 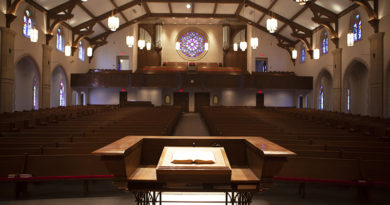 With Sanctuaries Empty, Churches Zoom Along 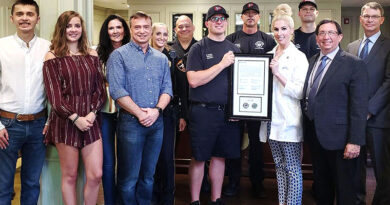