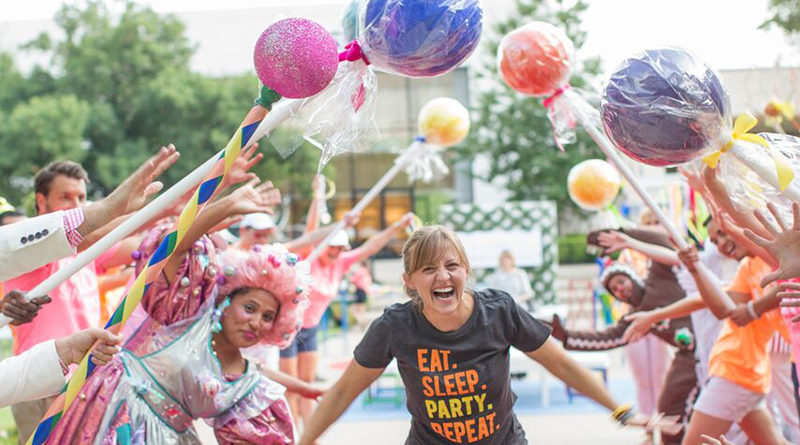 Paige Chenault loves a birthday party – so much so that she throws about 50 of them each month.

With cakes and streamers, the Preston Hollow party planner celebrates the birthdays of children in homeless and transitional housing.

Now Toyota has celebrated her.

(ABOVE: Paige Chenault celebrates at one of her over-the-top parties. Courtesy photo)

The company welcomed Chenault, founder of The Birthday Party Project, into its Mothers of Invention program during the Dallas Women in the World summit in November.

Since 2012, Toyota has partnered with Women in the World to support women-led organizations that are tackling the world’s most challenging issues with remarkable creativity.

Chenault had her aha moment 10 years ago after reading an article on a flight about children in Haiti struggling to survive. At the time, she was pregnant with her daughter Lizzie and came across a photo of a little boy who was bare-chested and standing in the middle of a dirty street – nearly unnoticeable.

That image struck Chenault to her core.

“I could not shake this idea that I was given so much. How could I give back?” – Paige Chenault

“I was that pregnant woman sobbing on an airplane,” she said. “I could not shake this idea that I was given so much. How could I give back?”

Amid a rush of entrepreneurial inspiration, she talked with her husband who suggested she focus her efforts more locally. Look in your own backyard, he advised.

“It took me three years to launch because there was a lot of unknowns and uncertainties,” Chenault recalled. While she knew she was called and capable to start what has since been named The Birthday Party Project, Chenault said the idea of doing it alone was scary.

“By the time I finally realized I don’t want to live with regret, (and) I wanted to live life courageously, it was encouraging to know that immediately people rallied around the idea.”

Since launching The Birthday Party Project, more than 7,000 parties have been celebrated with 42,000 children in attendance.

At the Women in the World summit, Toyota presented Chenault with a $50,000 check to continue her work.

Women in the World was first brought to Dallas last year by former Vanity Fair editor Tina Brown as a way to continue conversations surrounding issues that impact women locally, nationally, and around the world.

Chenault said the monetary gift alone would allow The Birthday Party Project to celebrate more than 1,600 birthdays. The association with such a crowd, she added, was priceless.

“To be able to say we are with some really dynamic women making an impact on the world … that packs a punch for us to be associated,” she said. “This has allowed me to pause for a minute and take an inventory of the work that we do. It allowed me a chance to pause and recognize and absorb the fact that we are making a ripple … it has really changed lives.”