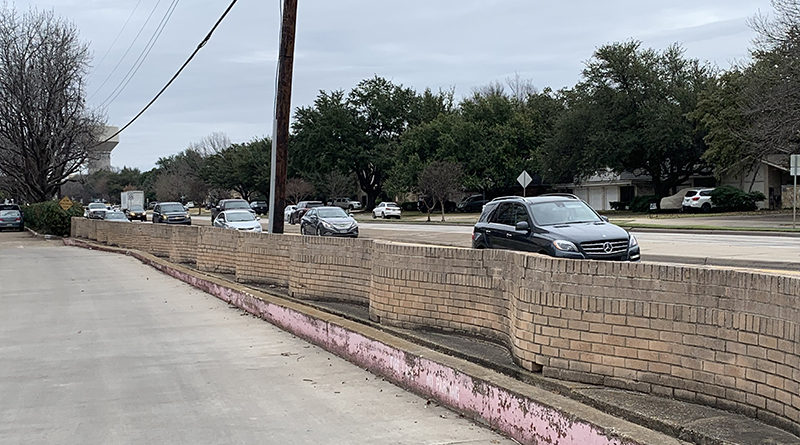 We have a visceral reaction to traffic and parking issues, but our gut isn’t always right.

Currently, there are three development levers being pulled. The Preston Center garage reconstruction, Saint Michael and All Angels redevelopment of Frederick Square, and the Pink Wall portion known as Planned Development District 15 (PD-15). The garage is only just holding its second public meeting Jan. 31. The other two are further along.

Saint Michael and All Angels
Saint Michael’s owns the block north of the church from Douglas Avenue to the Tollway. The western end has significant development rights while the eastern end is zoned for three-story residential. The church proposes extending the height granted on the western end to the whole block. The plan calls for two high-rises – one residential, one office – whose total square footage is less than what’s already zoned on the combined block. Building placement preserves downtown views for neighboring high-rises.

I’m not a full-fledged fan of the project for other reasons, but if the plan results in less than zoned square footage, there will be less than zoned traffic, too. The project provides housing, community green space, and the walkability called for by the Preston Road and Northwest Highway Area Plan co-authored by Laura Miller. Miller opposes the plan, an opposition shared by just one fellow Area Plan committee member. Plan co-author Peter Kline supports the church. Council Member Jennifer Gates is still evaluating the project.

PD-15 and the Pink Wall
On the northeast corner of Northwest Highway and Preston Road is the Pink Wall development dating from the 1950s. Most are two-story garden-style apartments-turned-condos, but between Preston Tower and Athena towers sits PD-15. Developer Hal Anderson’s original plans were for a 40-story Athena and a second Preston Tower. In March 2017, PD-15 complex Preston Place burned leaving residents without a viable redevelopment option due to arcane 1960s PD-15 rules.

The 2016 Area Plan did not research the financial viability of rebuilding, instead offering four-story construction that two recent studies say isn’t viable.

Council Member Gates has formed two neighborhood committees to reach an agreement enabling redevelopment. Both reached impasse by the towers’ refusal to negotiate. Laura Miller worked with the towers to oppose any compromise. After 18 months, Gates was forced to ask city staff to design a reasonable plan (presented in January). The draft plan isn’t fully-baked, but it’s on paper, a step neither committee managed.

Looking back over the past four years of Preston Center-area redevelopment, one name comes up as opposing everything: Laura Miller. Whether it was Luke Crosland’s residential high-rise, Harlan Crow’s sky bridge, Transwestern’s Laurel, or the current crop, she was a non-negotiable “no” to it all – stopping all but one. The irony is that each project is precisely what the Area Plan’s independent consultants said was needed to revitalize the area.

As a PD-15 resident, I don’t blindly support either initiative, but I attend meetings and talk with stakeholders to influence. Because even though Miller claims to have massive support for the opposition, there has been no poll to gauge actual sentiment. Instead, HOA representatives vote their personal will for ill-informed residents. That’s monarchy, not democracy.

Jon Anderson is a PD-15 resident and award-winning writer reporting on the Preston Center Area for CandysDirt.com and D Magazine. 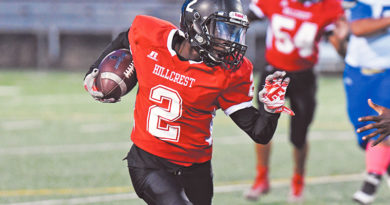