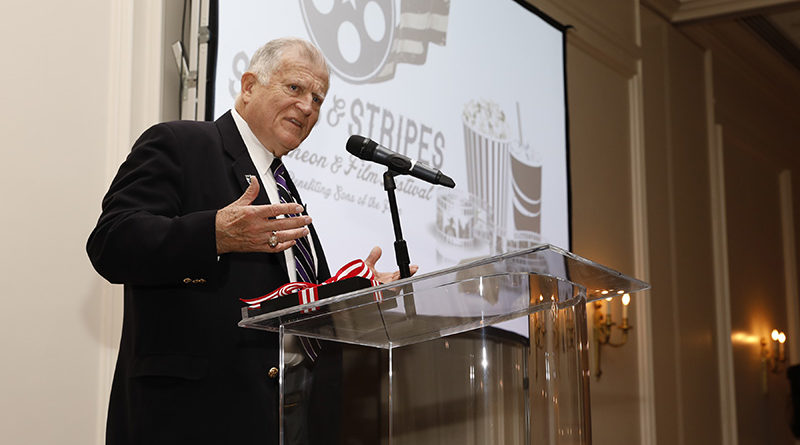 Sons of the Flag, a Dallas-based organization that supports military, veteran, and first responder burn survivors and their families through funding for innovative research, treatment and education, held its fifth annual Stars & Stripes Luncheon and Film Festival event presented by the Corrigan-Goddard Foundation on Nov. 8, 2018, at Brook Hollow Golf Club.

The luncheon, presented by Clay Cooley Auto Group, was sold out with more than 350 people in attendance. It also served as a kick off for the organization’s Stars & Stripes Film Festival, presented by Stripe-A-Zone. The film festival was held at Highland Park Village Theater, Nov. 8-10, 2018. Together, the luncheon and film festival raised $250,000 for Sons of the Flag and its work on behalf of military, first responder and civilian burn victims.

“The Stars & Stripes Luncheon and Film Festival is our biggest annual event and it raises a substantial amount of funding for our work to support veterans, first responders and civilians with advanced burn treatment and education,” said Ryan “Birdman” Parrott, former Navy SEAL and founder of Sons of the Flag. “As this year’s keynote speaker, former Green Beret Commander Mark Nutsch enthralled the audience with his account of one of the most unique and successful military campaigns in modern history and how our first soldiers in Afghanistan overcame seemingly insurmountable odds. His words reminded us that we must continue our efforts on behalf of others trying to overcome their own seemingly insurmountable odds–burn victims.”

After a pre-show VIP gathering for donors and sponsors, the luncheon began with a prayer and stirring rendition of the national anthem by Danny Griego. Parrott then shared more about the organization’s mission and introduced a new promotional video. Following the video, The Honorable Allen B. Clark was presented with this year’s Sons of the Flag Legacy Award. Clark shared briefly about his experience in Vietnam and life after the military, which, despite losing his legs in the war, included success in business as well as in the administrations of Texas Governor Bill Clements and Presidents Ronald Reagan and George H.W. Bush.

Commander Nutsch was then introduced and he shared lessons about his time in the military, primarily from his experience leading the first Special Forces team deployed to Afghanistan after 9/11. Commander Nutsch was portrayed by actor Chris Hemsworth in the 2018 major motion picture, “12 Strong.” The film portrays how the 12-man team had to work with local Afghan warlords to drive out the Taliban and secure a key strategic city, with little more than small arms and horses to carry them into combat. In addition to serving as the luncheon keynote, Commander Nutsch participated in a special screening of “12 Strong” for top Sons of the Flag donors on Nov. 7, 2018. 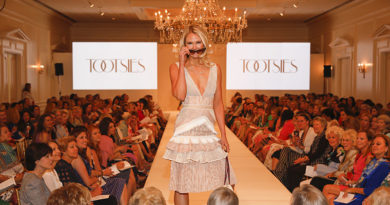