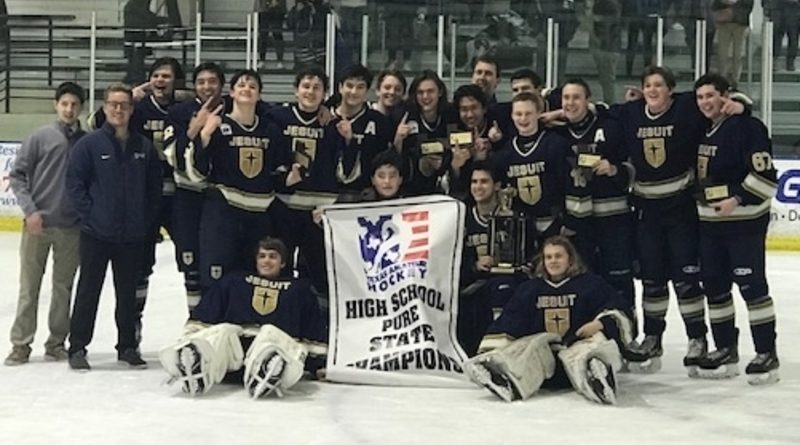 Jesuit’s run to a title in the Texas Amateur Hockey Association state championship tournament over the weekend turned into a sibling showcase.

The Rangers defeated Allen in back-to-back games at Dr Pepper StarCenter in Irving. On Saturday, JonMichael Dragojevic scored all four goals, including three in the third period, during a 4-2 triumph.

The previous day, the younger Dragojevic brother, Seth, scored twice as the Rangers surged past the Eagles 3-2.  JonMichael assisted on both of Seth’s goals, including the game-winner with 4:33 remaining in the game. Seth, meanwhile, posted three assists on JonMichael’s tallies in the rematch. Bryce Clark scored the other Jesuit goal during the tournament.

Jesuit will resume regular-season play this week in the AT&T Metroplex High School Hockey League. The Rangers (10-5) will face Coppell on Thursday.