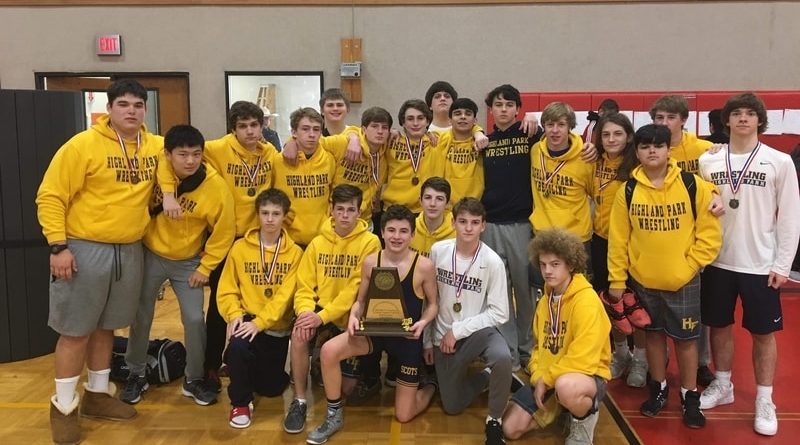 Highland Park captured its third consecutive district wrestling title on Thursday in Princeton, where the Scots edged Carrollton Creekview in the team standings at the District 9-5A tournament.

Aidan Conner sealed the victory with a pin in the championship match of the heavyweight division. Conner is a two-time defending state champion who is competing for the first time as a heavyweight this season.

In all, the Scots will send nine athletes to the Class 5A Region II tournament on Feb. 15-16 in Pflugerville, including Parker Stafford (106 pounds), Bryce Henderson (126 pounds), Carter Barden (152 pounds), Jeremy Hanes (195 pounds), and McClain Matter (220 pounds).

Scots Get Defensive in Win Over Wylie