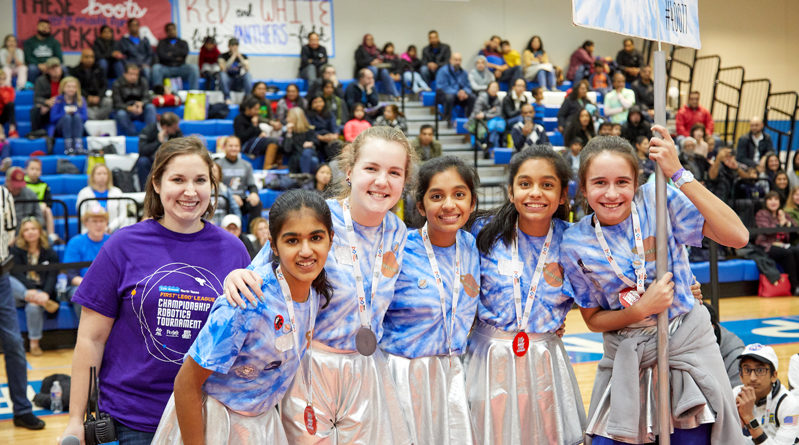 Months of exploring the complex world of the vast expanse of space have paid off for the “Saturn V Girls” team from the Hockaday School as they advance to the World Festival after taking first place at the North Texas FIRST LEGO® League (FLL) Regional Championship Robotics Tournament. Tasked with this season’s “Into Orbit” robotics competition challenge, the teams spent hours studying the vast expanse of space and coming up with innovative solutions using science and technology.

Students from Carrollton’s Prince of Peace Christian School came in second place. Both teams will participate at the World Festival April 17-20.

Each Champion’s Award team was recognized for fully embracing the FLL Core Values while achieving excellence and innovation in the robot game and project.

Produced by the Perot Museum of Nature and Science and supported by ARCO/Murray, Collins Aerospace, and USAA, the FLL competition featured 60 teams of nearly 600 young “engineers in training” who learned about research and experimentation, teamwork skills and robot-design strategies.

The Perot Museum of Nature and Science has been the affiliate and operational partner for the North Texas FLL region since 2008.

“FLL is not only fun and competitive, but teaches critical thinking, team-building, and presentation skills that will be key for our future workforce,” said Linda Silver, Eugene McDermott CEO of the Perot Museum. “This program serves as a gateway for kids to pursue careers in STEM, which is pivotal to the Perot Museum’s mission to inspire minds through nature and science. Our region touts one of the fastest-growing leagues, and we look forward to producing the championship event for years to come.”

This year’s FLL journey began in August 2018, when 4,600 North Texas students ages 9 to 14 – and approximately 323,500 students worldwide – received the “Into Orbit” theme. They spent the next few months studying real-world challenges associated with the vast expanse of space and coming up with innovative solutions using science and technology. After qualifying rounds took place in December and January, nearly 600 North Texas youth qualified for the regional tournament. 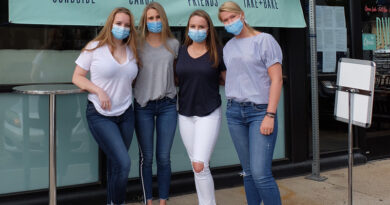