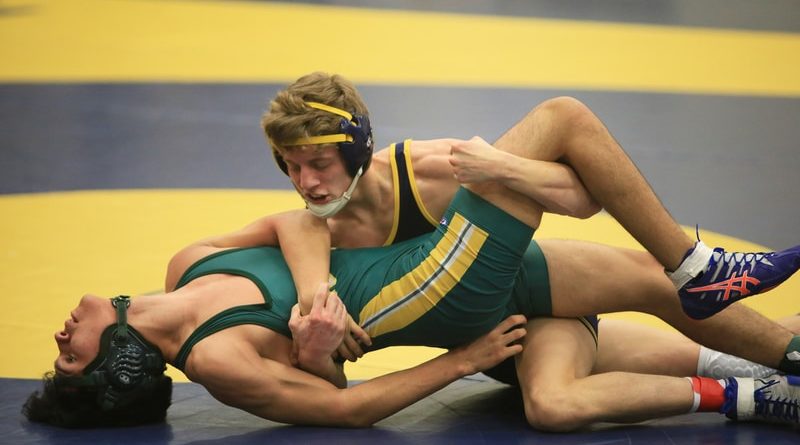 Carter Puckett and Spencer Buchholz each took home gold medals for Highland Park from the Class 5A Region III wrestling tournament on Saturday in Pflugerville.

Puckett defeated Lovejoy’s Hunter Duncan in the title match of the 132-pound weight class, while Buchholz earned a decision over Waller’s Octavius Esquivez at 145 pounds.

HP’s Aidan Conner suffered his first loss in 49 dual matches this season — and only his second in the past three years — after falling to Chidozie Nwankwo of Richmond Foster in the final of the heavyweight division.

The Scots finished third in the team standings at the regional tournament and advanced six wrestlers to the UIL state tournament beginning Friday in suburban Houston. Jeremy Hanes also earned a state berth with a third-place showing at 195 pounds, as did McClain Matter (third at 220 pounds) and Colby Hopkins (fourth at 182 pounds). Hanes will be making his third appearance at state, while Hopkins will make his second trip.

In the opening round at state, Conner (49-1) will square off with Gabriel Sanchez of Sharyland. Puckett (42-8) will face Isiah Moorer of Beeville Jones, while Buchholz (33-10) will open against Andrew Watkins of Frisco Heritage.