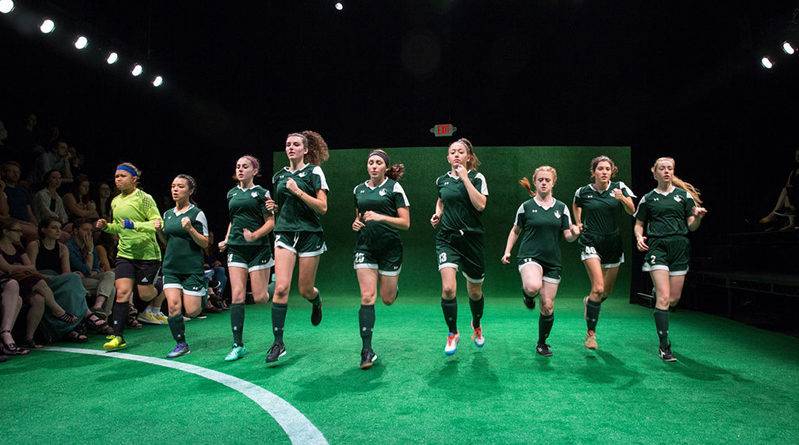 A dinner and panel discussion about The Wolves, an award-winning play about young women competing in life and on the soccer field will be the focus of Dallas Theater Center Guild’s Salon 2019. Salon is an annual event designed to facilitate discussion and thought leadership about the play’s theme and subject matter.

The Wolves is a play about high school girls’ soccer team, a pack of female warriors, determined to win. This elite squad of nine teenage girls meets every Saturday to stretch before their games, and high school gossip rapidly evolves into mature meditations on the girls’ understanding of themselves and their place in the world.

Breakout playwright Sarah DeLappe writes these girls “as soccer players — not as daughters, not as girlfriends, not as sexual objects, but as athletes.” A 2017 Pulitzer Prize finalist, The Wolves is a fierce and unexpected play that has been taking the theater world by storm since the moment the girls took the field.

Panelists include Joci Caldwell-Ryan is an anthropologist, an academic and an award-winning professor in the Dedman College of Humanities and Sciences at SMU; 20-year veteran educator, Rose Brock, who has dedicated her career to turning teens into lovers of the written word; and actress Ana Hagedorn.

The event will take place from 6 to 9 p.m. March 4 at The Tower at Cityplace Dallas. Park Cities resident Kersten Rettig will serve as event chair and Lynn McBee is the honorary chair.

Tickets start at $100 and can be purchased here.