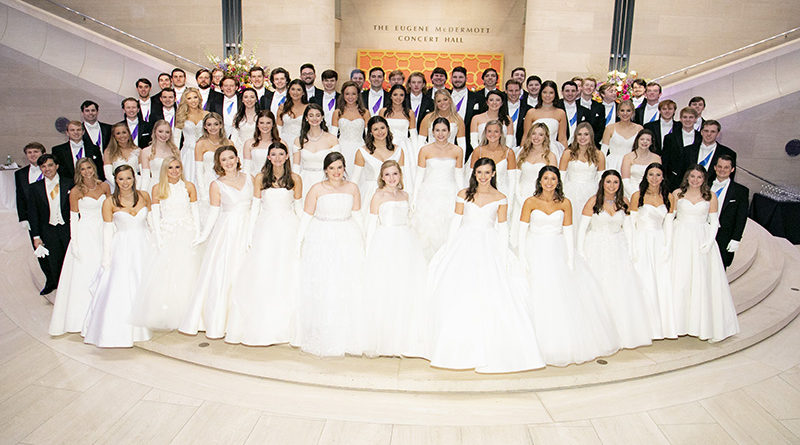 The Dallas Symphony Orchestra League introduced the 2019 debutantes at the 33rd Presentation Ball on February 9, 2019 at the Morton H. Meyerson Symphony Center.

The Honorary Chairs for the 2019 Presentation Ball were Ann and Gabriel Barbier-Mueller, longtime supporters of the DSO and the Dallas community. Their daughter Niña was a debutante and their sons Alexis and Oliver have served as Honor Guards.

There were several second-generation debutantes making their debut. Hattie Newton’s mother Mary Casey and aunt Donna Casey were debutantes for the inaugural ball held in 1987 and her aunt Lisa Casey was presented a few years later. Megan Molthan’s mother Heather and her aunt Wendy are both former debutantes.

At that time, Elizabeth’s grandfather Lloyd Haldeman was hired as the DSO manager when the Dallas Symphony Orchestra was rebuilding itself. He launched massive fund drives, persuaded civic leadership to take more active involvement in the orchestra’s future introduced new concert series including summer pops, won a 52-week contract for the musicians, hired new players, lengthened the subscription series, and engaged Eduardo Mata as principal conductor and Kurt Masur as principal guest conductor. With that foundation laid, Haldeman left a lasting legacy. The Dallas Symphony Orchestra has since become one of the top orchestras in the nation.

“The Dallas Symphony brought my family to Texas, and played a pivotal role in our lives,” said Janet Haldeman Moore (a graduate of Greenhill School). “Elizabeth’s presentation honors her grandfather’s legacy and continues our family’s meaningful connection to this stellar symphony.”

Although not able to be active with the Dallas Symphony, Janet serves as a Trustee of the Houston Symphony and was one of the founding board members of Houston’s River Oaks Chamber Orchestra. 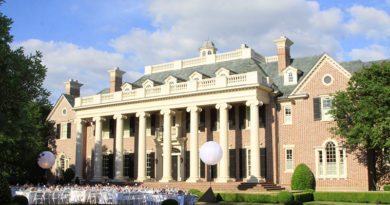