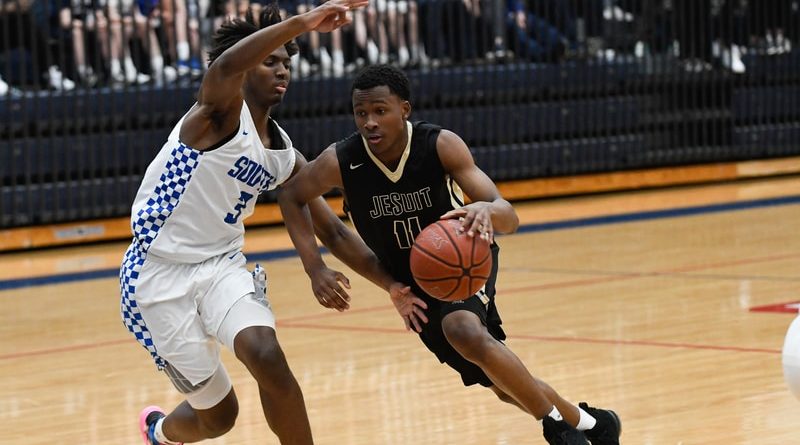 South Garland’s pair of blue-chip college prospects has turned the Colonels into a state powerhouse for a reason, as Jesuit found out on Tuesday.

The Rangers were eliminated from the Class 6A Region II playoffs with a 58-52 defeat in Allen that snapped Jesuit’s eight-game winning streak and ended one of the most successful seasons in program history.

Tyrese Maxey and Chris Harris combined for 44 of South Garland’s 58 points as the Colonels (29-6) took control early and never relinquished the advantage.

Maxey, a Kentucky signee, led the way with 24 points, seven rebounds, and three steals. Harris, a Texas A&M signree, added 20 points — including 16 in the second half — as South Garland punished the Rangers (29-6) by penetrating to the rim for layups.

Julius Marble helped keep Jesuit within striking distance with 23 points and a game-high 11 boards.  Max Abmas added 12 points for the Rangers, who struggled with perimeter shooting throughout the game.

As a team, Jesuit connected on just three of 18 shots from beyond the three-point line, allowing the Colonels to stretch the lead to as many as 14 points midway through the fourth quarter.

The defeat ended the Jesuit careers of four starters, including Marble and Abmas. Just three of the eight players who saw action on Tuesday will return next season. 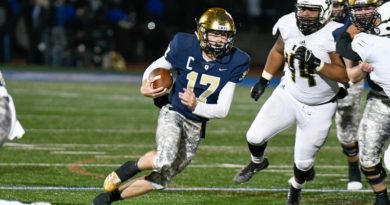