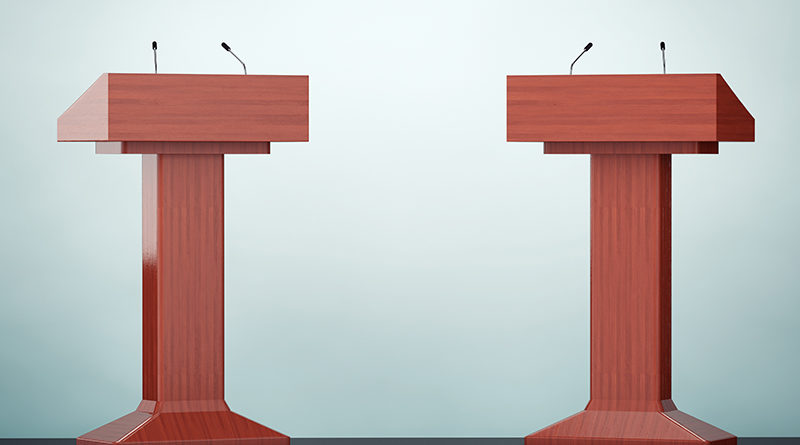 On the suggestion of Wick Allison, my boss and D Magazine’s Chairman and CEO, we at Preston Hollow People, the sister paper to Park Cities People, decided to host a debate between Dallas City Council member Jennifer Staubach Gates and former Dallas mayor Laura Miller. Naively, I thought this would be simple. In theory, it was: Bring Gates and Miller together so voters in District 13, which is a good portion of our Preston Hollow People readership, could hear from the candidates first hand.

It would be good visibility for People Newspapers and an extension of the coverage we have been providing on the subjects at the forefront of the district race: Preston Center, Northwest Highway, and Preston intersection development – issues that also are important to residents in neighboring University Park. And it’s no secret these topics have become a bit contentious.

Through some counsel I sought from the events and marketing team at D Magazine (they have loads of experience with events and more specifically this type of event), we determined it would be best to use an online registration so we could track and manage our numbers. We chose a venue based on location (a church in Preston Hollow) and on what we estimated would be plenty of capacity.

How wrong could we have been?

In less than 48 hours the event was sold out, so I reached out to the church about adding more chairs in wings of the sanctuary to increase our number from the original 180. Those were swallowed up in a matter of a few hours. It turns out WAY more than 250 people wanted to attend.

We received panicked urgent messages from folks saying, “We can’t RSVP; we NEED to be there.” And of course, I had a conversation or two with the candidates who had heard from constituents that they weren’t able to get tickets. I even heard a rumor that the “Free” tickets were being offered for sale at $50 each on Nextdoor, the neighborhood social media platform.

At press time we were a little over a week out from the event and were working to secure a much larger venue with more than twice the capacity, and my hope is everyone that wants to attend can.

The lesson for me here: Don’t underestimate our communities’ level of engagement. Or maybe readers just want to witness a good fight.

Whether she’s serving the community or writing about it, Pat Martin is passionate about building lasting relationships and helping others see their full potential. Working for D Magazine and People Newspapers for 25 years Martin has seen a lot of change in our neighborhoods. The generosity and compassion of our community gives her motivation to lead the team in our mission to provide quality trusted news content relevant to the people of Park Cities and Preston Hollow. Feel free to contact Pat at pat.martin@peoplenewspapers.com. For the latest news, click here to sign up for our newsletter.

Kleinman: Bags Aren’t a Problem in My ’Hood