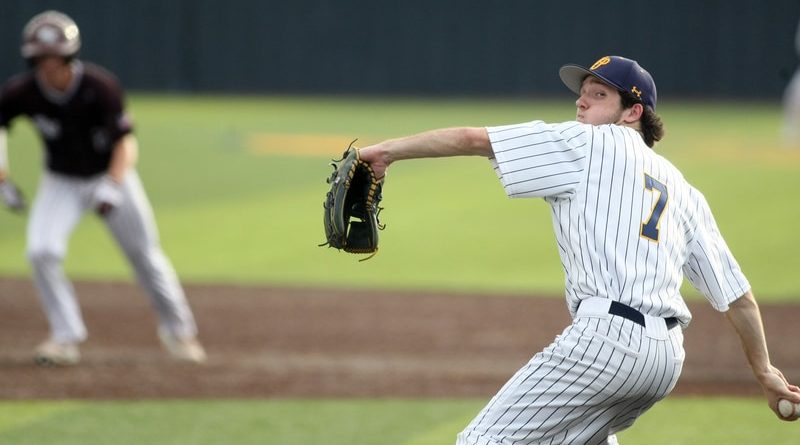 Highland Park continued its early domination of District 11-5A with an 11-1 win over Carrollton R.L. Turner on Tuesday.

The victory gives the Scots (12-10, 5-0) sole possession of first place in the district standings. Four of HP’s five wins in league play have ended early because of the run rule.

In their previous district contest, the Scots surged to an 11-0 victory over Carrollton Creekview on March 22 behind an 11-strikeout performance on the mound from Patrick Shearer. HP batters pounded five extra-base hits, including two-run home runs by Sterling Sutcliffe and Patrick Turner.

The following day, the Scots tallied 10 more hits but fell 5-3 to Flower Mound Marcus in a nondistrict tilt.

HP will travel to face Thomas Jefferson on Friday before returning home for a nondistrict game against Prosper on Saturday. The Scots will wrap up the first half of the 11-5A schedule on April 2 when they host Woodrow Wilson.