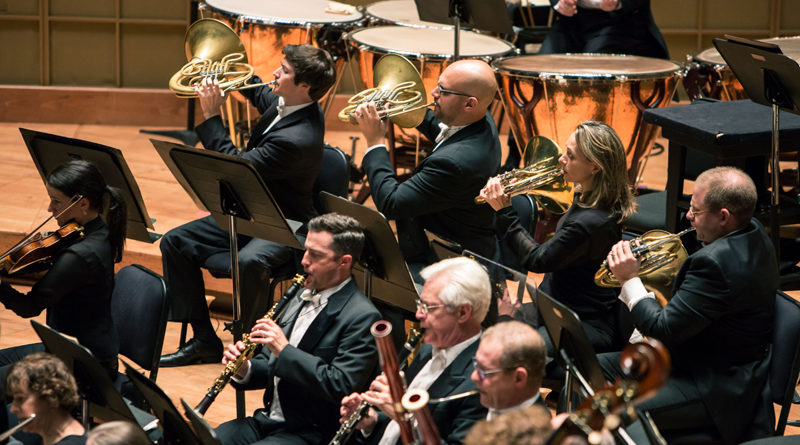 The Dallas Symphony Orchestra is celebrating its 30th anniversary with an impressive 2019/2020 season at the Morton H. Meyerson Symphony Center.

The festivities surrounding the opening of the Morton H. Meyerson Symphony Center began on September 6, 1989.

“I was struck by this magnificent hall when I first arrived,” said Noltemy. “It is an honor to celebrate its anniversary and present music for everyone.”

This season will commemorate the anniversary with concerts that celebrate the unique role that the Meyerson plays in the Dallas cultural community.

In addition, the DSO will host an Open House on Sept. 14, from noon to 4 p.m. Meyerson resident ensembles, members of the DSO, and other organizations from the Dallas Arts District will perform short concerts throughout the day.

The lobby of the hall will be filled with an instrument petting zoo, craft activities, organizational information, and fun for the whole family. Throughout the season, the DSO will celebrate the anniversary with special events, including a concert by percussion ensemble D’Drum.

The season also will include a new era of artistic leadership with Fabio Luisi as the music director designate, the debut of principal guest conductor Gemma New, and Julia Wolfe as composer-in-residence.

Luisi will lead the DSO in five programs during the season. He will open the season with Richard Strauss’s monumental Alpine Symphony and will welcome Cliburn prizewinner Beatrice Rana in a performance of Beethoven’s “Emperor” Concerto.

Luisi will return to the DSO in January 2020 to conduct the Dallas premiere of Fountain of Youth, the new orchestral work by Julia Wolfe. Wolfe was named DSO Composer-in-Residence in October 2018, and the work is a co-commission by the DSO, New World Symphony and Carnegie Hall.

Each season, Luisi will lead the DSO in a full opera-in-concert. During the 2019/20 season, Dallas audiences will hear Richard Strauss’s Salome in full at the Meyerson. Internationally celebrated Lithuanian soprano Ausrine Stundyte will portray Salome with Mark Delavan as Jochanaan in concerts on Jan. 31 and Feb. 2, 2020.

Under Luisi’s baton in concerts on April 3, 4, and 5, 2020, Franz Schmidt’s The Book with Seven Seals(Das Buch mit sieben Siegeln) will receive its first Dallas Symphony performance as part of the Nancy A. Nasher and David J. Haemisegger Family SOLUNA International Music & Arts Festival.

“For me, Franz Schmidt is one of the most important symphony composers of the twentieth century, and Das Buch mit sieben Siegeln is one of my favorite pieces,” said Luisi in a recent interview.

The following week, the DSO will perform Brahms’s Second Symphony with Luisi at the helm. This performance of Brahms will be recorded for a future release on the DSO’s record label, DSO Live. Luisi and the DSO will record all of Brahms’s symphonies throughout his Music Directorship to create a full recorded Brahms cycle.

“I am so very happy to lead the Dallas Symphony musicians five weeks during this season,” said Luisi. “We will perform such a range of works, and I hope audiences will enjoy hearing us together as we build a partnership moving forward.”

Newly appointed Principal Guest Conductor Gemma New will make her DSO debut in concerts on Nov. 8 to 10, and she will return to perform in concerts on March 6 to 8, 2020.

New’s November appearance with the DSO will include the Dallas premiere of Rainphase by New Zealand female composer Salina Fisher, as well as the world premiere of Steven Mackey’s Timpani Concerto and two works by Debussy, his Prelude to the Afternoon of a Faun and La Mer. During this period, New will also participate in the Women in Classical Music Symposium.

The annual New Year’s Eve Concert will also be conducted by New. The program will be a light classical evening filled with celebration and musical merriment. After the concert, guests are invited to stay for the exclusive Meyerson ‘Til Midnight After-Party.

New will lead the DSO in Rachmaninoff’s Symphonic Dances and Barber’s Piano Concerto with soloist Garrick Ohlsson in concerts on March 6 to 8, 2020. She will also conduct John Adams’s The Chairman Dances.

“The Dallas Symphony is an exceptional orchestra, with world-class musicians who share exquisite artistry, and staff who lead with inspiring vision,” said New. “I am very much looking forward to performing many engaging and insightful programs with the wonderful DSO musicians, on the beautiful Meyerson Symphony Center stage, for our enthusiastic Dallas audiences.”

LAUNCH OF WOMEN IN CLASSICAL MUSIC INITIATIVE INCLUDING NOVEMBER SYMPOSIUM

In June 2018, the DSO announced a multi-year project to highlight the role of women in classical music and to create more opportunities for female representation in the field. To that end, the 2019/2020 season features the launch of the first Women in Classical Music Symposium as well as programming and guests that support this mission.

The first annual Women in Classical Music Symposium will be held in November. This intensive and comprehensive symposium will feature talks and panel discussions on topics relevant to women in the classical music industry and their unique barriers and triumphs.

The event will also include networking opportunities and performances and will appeal to individuals in all roles of classical music – orchestra members, soloists, composers, conductors, and administrators – with pathways for conversation and discussion. Full programming and the keynote speaker will be announced this spring.

The DSO has invited five female guest conductors to lead the orchestra in performances this season. Those making their DSO debut are Dalia Stasevska and Xian Zhang. Returning conductors are Karina Canellakis, Sarah Hicks and Ruth Reinhardt. 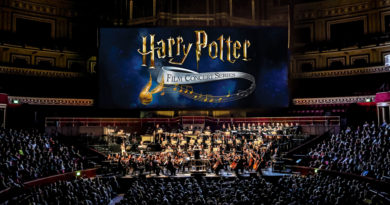 Fashion on Fire (& Ice) for LLS