SKULDUGGERY OF THE WEEK: TIME GETS AWAY

Moosa the dog served mandatory quarantine after biting a man on the hand at 8:14 p.m. outside a home in the 5000 block of Holland Avenue. The man, who was taking his trash out to the curb when bit, took himself to Presbyterian Hospital. Moosa was ordered to stay indoors for 10 days.

Avenue at 9:41 a.m. The woman driving the truck did not stop to report the damage.

Damaged between 2 and 3:55 p.m.: the side door of a 2012 Buick Enclave that was likely struck by another vehicle outside a home in the 4500 block of Rheims Place.

Arrested at 1:46 a.m.: a 28-year-old Fort Worth man accused of driving a white 2006 Toyota Tacoma in the 4300 block of Lovers Lane with an invalid license and possession of drug paraphernailia.

Arrested at at 8:41 a.m. in the 6900 block of Hillcrest Avenue: a 29-year-old Garland man on outstanding warrants. The a silver 2001 Honda Civic he was driving was impounded.

Reported at 4:04 p.m. from the 2900 block of Dyer Street: A Reliant Energy account was opened with false

At 1:05 a.m., one or more burglars set off an alarm at Luxury Garage Sale in Snider Plaza and made off with $1,000 in inventory.

At 2:38 a.m., a shoplifter drove off in a 2006 black Infinity after taking $75 worth of Tide detergent from CVS at Mockingbird Lane and Central Expressway.

Burglarized between 1 and 2:15 p.m.: a Chevrolet at the Plaza at Preston Center. 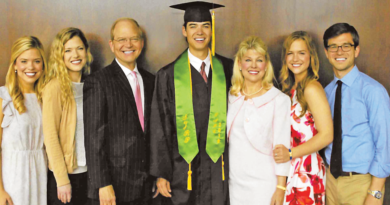