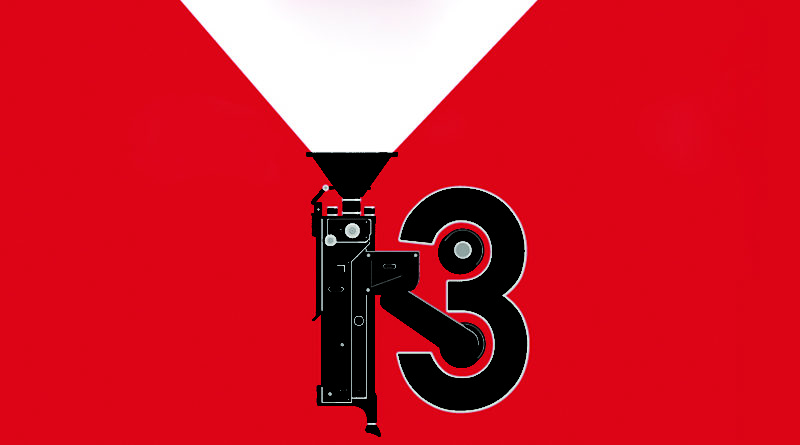 And just like that, the Dallas International Film Festival is over. As a first-time festival goer, I was eager to explore the wide range of films that the Dallas Film Society picked to celebrate the past, present, and future of film in our community.

The festival, which is the largest film festival in North Texas, was held from April 11 to April 18 with screenings at multiple locations in the Dallas area, including the Magnolia Theater in West Village; a personal favorite. In addition to showcasing a diverse range of films, the festival included Q&A sessions with filmmakers, nightly red carpets with an exclusive lounge for the press, and other engaging activities throughout the week-long event.

A new feature occurred this year. In order to offer guests a better customer experience, Dallas Film partnered with Atom Tickets to reserve seats via a mobile app. DIFF is the pilot film festival to provide this benefit to festival-goers, and I felt it went reasonably well. I enjoyed the fact that I was able to book all of my movies in one place without much hassle. In 2018, DIFF welcomed and screened more than 130 films from 22 countries, and this year was no exception. Unfortunately, I was only able to watch four out of the many anticipated films I planned to see. None-the-less, I was not disappointed with my selections. Extremely Wicked, Shockingly Evil and Vile (Director: Joe Berlinger)
This 2019 American biographical crime thriller film is about the serial killer Ted Bundy. The movie is based on the memoir The Phantom Prince: My Life with Ted Bundy by Bundy’s former girlfriend, Elizabeth Kloepfer. Lily Collins plays as Kloepfer, and Kaya Scodelario as Bundy’s wife Carole Ann Boone, but it was Efron’s intriguing performance that stole the show. He delivers the horror and charm we all hear that Bundy displayed during his trails. Extremely Wicked, Shockingly Evil and Vile had its world premiere at the Sundance Film Festival in January and is scheduled to be released on May 3 by Netflix. Make sure to add it to your “must watch” list.

Girls of the Sun (Director: Eva Husson)
Here is a true tale of a group of warrior women from Kurdistan, all of whom had been captives of ISIS at some point but escaped and existed to defeat this murderous terrorist group. Joining them is a French photojournalist woman named Mathilde H., collecting the stories of kidnapping, torture, human trafficking, and eventual redemption through her words and photographs. This suspenseful wartime movie carries out a female-driven tone throughout the film with emotional sequences and beautiful cinematography, which only adds to the movie’s authentic feel. International Falls (Director: Amber McGinnis)
To spice up my movie list, I booked a seat to see International Falls, a dark comedy type movie set in, you guessed it, International Falls, MN. This film explores how two people, Dee and Tim, use comedy to cope with life…or at least try. Dee is a middle-aged wife and mother stuck in a broken marriage in what feels like the frozen edge of the world, but her true sire is to take the stage one day to do her own comedy routine. She ironically ends up meeting Tim, a burned out comedian who is all too aware of his low-level status. They create this hilarious, weird, and pretty sad relationship during their short time together, but it’s authentic and both of them comfortably acknowledge that they’re using the other for momentary comfort. This is a story about the mundane that sometimes comes with life and how humor can be a cure to find the truth that we seek for ourselves. Manat Ray (Director: Phuttiphong Aroonpheng)
Near a coastal village of Thailand, by the sea where thousands of Rohingya refugees have drowned, a fisherman finds an injured man lying in the forest. He rescues the stranger, who does not speak a word, offers him his friendship and even names him. But when the fisherman suddenly disappears at sea, the mysterious man slowly begins to take over his new friend’s life – his house, his job, and his ex-wife. This film retains a hypnotic and gorgeous visual power throughout the movie. The dialog is not the main focal point; very few words were exchanged between the characters. However, the soundscapes and cinematography creates this dramatic imagery that focuses more on metaphors and symbolism. With that being said, I can say that Manta Ray was my favorite out of the four.

Since its inception, Dallas Film has contributed more than $1M in filmmaker awards, brought over 2000 filmmakers to Dallas, screened over 2000 films from more than 50 countries. We are proud to support local filmmakers, as well as fellow film organizations in DFW.
Share this article...

A Tale of Two Symphony Balls