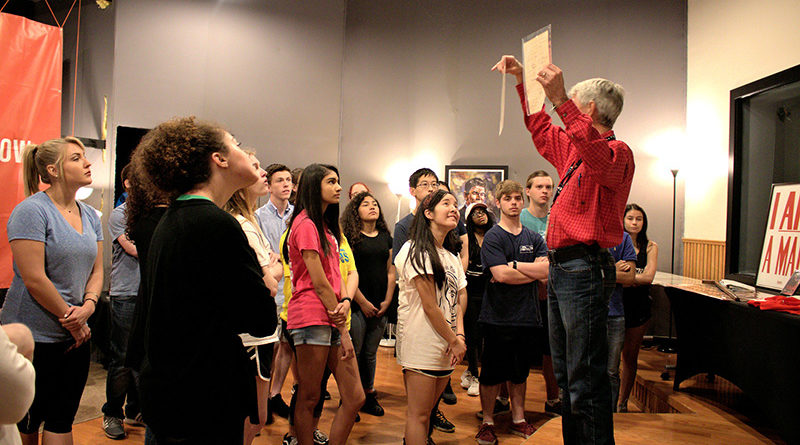 For the past eight years, Mercury One has spent millions on humanitarian aid and education.

(ABOVE: Established by media personality Glenn Beck, Mercury One focuses its efforts on humanitarian aid and education about the principles the U.S. was founded upon. Courtesy photos)

“When our nation was founded, it was founded around taking care of your neighbors and helping and standing up when there was a crisis in the country,” said Susanne Grishman, the nonprofit’s executive director. “You step in, and you help when and where it is needed.”

“You step in, and you help when and where it is needed.” -Susanne Grishman

This summer from June 28 to July 7, Mercury One will host a special exhibition called “12 Score and Three Years Ago” that will highlight the story of slavery in the United States, what happened with the Emancipation Proclamation, and how we as a nation have struggled to get it right.

Grishman said the nonprofit was created because Beck “was concerned about where our country was going and that maybe we were going to a place where we didn’t have the freedoms through the Constitution and Bill of Rights.” The organization was created uniquely so that 100 percent of its general operating funds are raised through the annual M1 Gala. The gala, which raised $900,000 last year, ensures that every dollar donated to specific funds goes toward disaster aid, veteran services, restoring those rescued from human trafficking, and education.