SKULDUGGERY OF THE WEEK: WEDDED MISS

A Neiman Marcus box containing a gold Flux napkin ring didn’t make it to the bride and groom. Instead, an officer found the box, open and empty at 6:08 p.m. April 28 in the intersection of Lexington Avenue and Cowper Avenue, not far from where it would have been delivered at a home in the 3700 block of Lexington Avenue.

Vandals tagged Jones Lang LeSalle Company’s property at MacArthur and Lemmon avenues again. Company officials reported at 9:31 a.m. that someone had sprayed painted a 1-foot by 2-foot word on a wall at the property between April 15 and 16. The estimated cost to clean up the graffiti: $500. A similar crime was committed between April 5 and 8.

Reported at at 6:07 p.m.: A woman who lives in the 3400 block of Drexel Drive received a call from her bank, stating that her “replacement credit card” was on its way to her house. She found this odd, because she did not request a new credit card. Then, while out of her house, she received a text message stating that her new card had been delivered. When she arrived home, there was no package on the front porch, nor any sign of a new credit card. Hours later she received a phone call from her credit card company asking for confirmation on several purchases. It turned out the card was fraudulently ordered, then taken off her front porch before she could get it, and used at a 7-Eleven ($37.74), two Wal-Mart locations ($200 and $3.59), and two Macy’s locations ($217.51 and $248.98).

had quite the rap sheet attached to it: The license plate hit came back with 10 regional warrants. It was also listed as stolen.

A a woman who lives in the 3500 block of Lindenwold Avenue reported at 10:43 a.m. that the license plate from her 2016 Toyota Land Cruiser had been taken in the past 24 hours.

At 3:14 p.m., an employee of Jimmy John’s on Hillcrest Avenue – across the street from SMU – was stabbed with a knife by a coworker who fled in a silver 2006 Pontiac. Officers on April 25 arrested a 24 year old man accused in the case.

Stolen overnight before 5:26 a.m.: boxes of wire from a construction site in the 4100 block of Lovers Lane. The locks to the fence surrounding the site and the shipping container holding the wires were cut.

Reported at 1:16 p.m.,  a crook attempted between April 5 and 10 to use the personal information of a man who lives in the 3900 block of Bryn Mawr Drive to open a checking account. 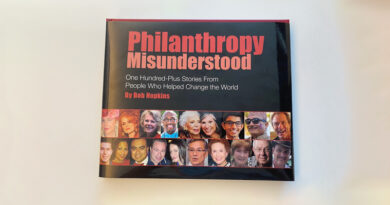