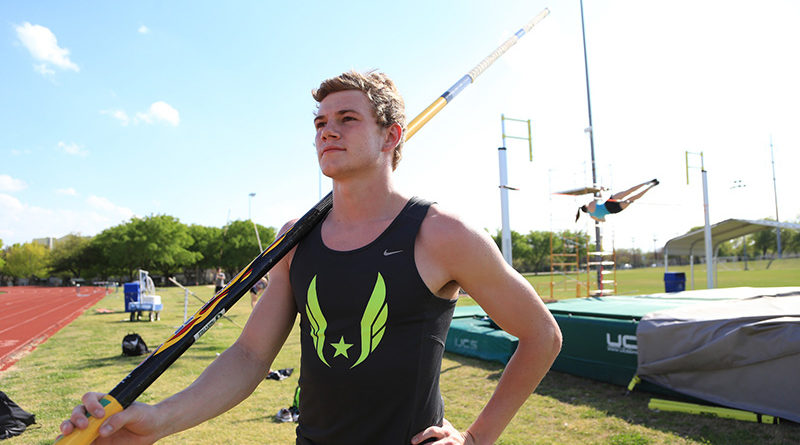 Two things fuel J.T. Herrscher’s determination to defy 17 feet worth of gravity – a desire to beat his brother and a commitment to try something different.

(ABOVE: Greenhill senior J.T. Herrscher, who has verbally committed to Stanford, cleared 17 feet in the pole vault at the Texas Relays in March. Photos: Chris McGathey)

That’s why, despite possessing the speed of a sprinter and the strength of a thrower, the Greenhill senior instead focuses on the pole vault.

“Flying through the air is pretty unique,” Herrscher said. “It’s just fun. Me and my brother tend to be good at sports that are on the outskirts. Not that many kids do it.”

Herrscher will try to defend his SPC title in the pole vault at the conference’s spring championship meet on April 26-27 in Houston.

“He’s definitely one of the best pole vaulters in the state of Texas. He’s grown a little bit every year.” -Stacey Johnson

His interest in the pole vault evolved after his brother, Will, began competing in middle school in Rockwall. Will Herrscher is now a senior pole vaulter at the University of Alabama.

“He was focusing on it pretty seriously,” J.T. Herrscher said. “He stopped playing all his other sports.”

Although Herrscher admits he “was really bad” when he tried to pole vault in seventh grade, he persevered and improved. He broke the Greenhill school record during his junior year and has raised the mark three more times since then.

Herrscher cleared the 17-foot milestone for the first time at the Texas Relays in March. Shortly afterward, he committed to Stanford.

“He’s definitely one of the best pole vaulters in the state of Texas,” said Greenhill track and field coach Stacey Johnson. “He’s grown a little bit every year.”

Herrscher is a two-time all-conference middle linebacker for the Hornets, despite being undersized. He also was the team’s leading receiver in 2018.

“It’s a weird balance. They definitely are different sports and require different skills, but I enjoy them both,” Herrscher said. “With pole vault, it helps to be tall and strong and fast, but a lot of it is just technique and perfecting your craft.”

He credits his year-round training routine that includes a weekly pole vault workout even during football season. He trains at least twice weekly during the rest of the year, mostly with his Texas Express club team.

The former decathlete has continued to compete in a handful of track events for Greenhill, too, finishing second in the SPC in the 110 hurdles a year ago in addition to his relay duties.

“He can do a little bit of everything,” Johnson said. “He can throw, he can jump, and he can run. There’s never any stress on him.” 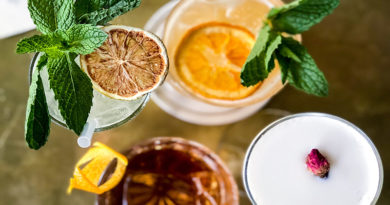 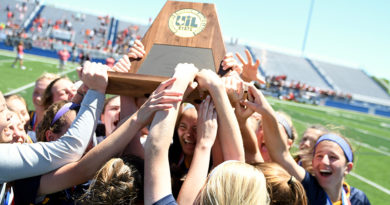 Welcome to The Hill, Laura Ross