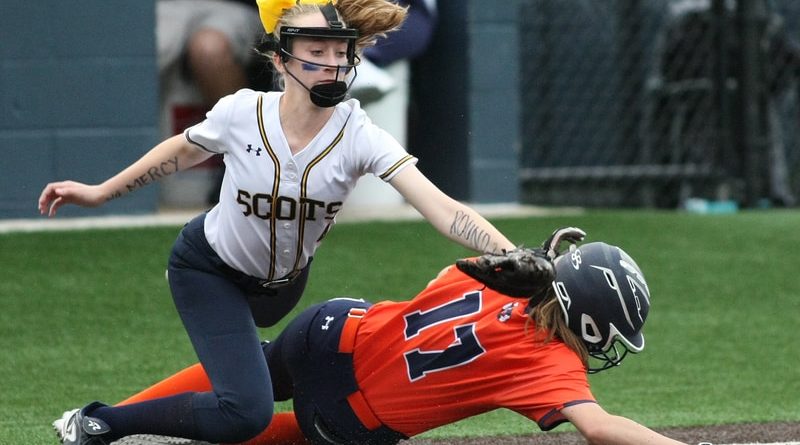 Highland Park’s Ava White tries to apply a tag against McKinney North during Game 1 of a Class 5A Region II area round playoff series on Thursday. (Photo: Chris McGathey)

The postseason run ended abruptly for Highland Park on Friday, when McKinney North completed a decisive two-game sweep over the Lady Scots.

HP was eliminated with a pair of 10-0 losses to the Lady Bulldogs in a best-of-three series in the Class 5A Region II area round.

The defeats concluded a season that saw the Lady Scots (19-10) return to the playoffs for the first time since 2016, in addition to winning a bi-district series against Seagoville.