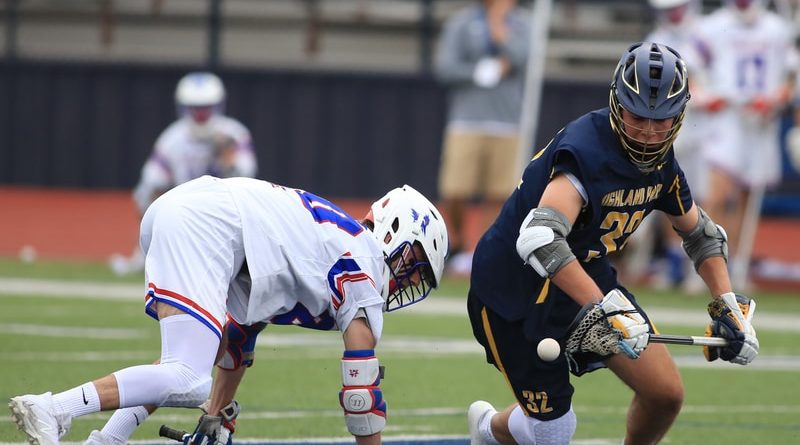 After defeating Austin Westlake in the state semifinals, Anthony Ghobriel and Highland Park fell to ESD in the championship game on Sunday in McKinney. (Photos by Chris McGathey)

Drew Scott scored twice to lead the Scots, including a tally with 4:02 remaining to pull HP within 7-6, but the Scots didn’t score again. John Beecherl added a goal and an assist for HP.

The loss snapped a season-long seven-game winning streak for the Scots (14-5), who have not won a THSLL Division I crown since 2015. That four-year drought is the longest in program history.

The Eagles (19-3) avenged an 11-9 loss to HP during the regular season. Jack Loftus and Drew Wasserman posted three goals apiece for ESD.

The Scots reached the championship game with a 12-10 victory over Austin Westlake in Saturday’s semifinals. Makay Hansen scored four goals for HP, while Thomas Mencke added three and Scott had two.