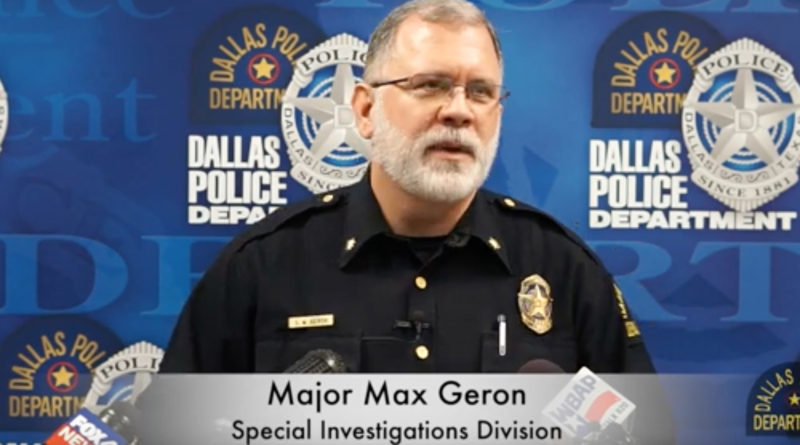 Police officers and FBI agents on Wednesday executed multiple search warrants at Catholic Diocese of Dallas facilities as part of an ongoing investigation into previous reports of abuse.

The Dallas Police Department issued the following statement about the searches:

“In August of 2018, the Child Exploitation Squad of the Dallas Police Department received information regarding sexual abuse allegations against a priest who previously worked in Dallas named Edmundo Paredes. This information came from the Dallas Catholic Diocese and the investigation of the allegations led to the issuance of an arrest warrant for Mr. Paredes.

“Over the last several months, detectives have conducted several interviews with possible victims, witnesses, and suspects as well as attending multiple meetings with the Diocese and their attorneys.

Church officials responded with a statement on the diocese website:

“Today the Dallas police, assisted by the FBI, executed a search warrant at the Pastoral Center at the Catholic Diocese of Dallas for files and information on five priests who were on the list made public by Bishop Edward J. Burns on Jan. 31, 2019. The Diocese has been cooperating with the ongoing investigation of these priests even before the list was made public, has given police the personnel files for all of the priests named in the warrant, and has been involved in ongoing discussions with DPD investigators.

“To date, the Diocese has not received a subpoena and the Diocese’s involvement has been voluntary.”

A post on the police department blog, dpdbeat.com, said investigators are “working to complete a thorough investigation into each allegation, independent of any other entity to ensure that each victim has a voice within the legal system.”

Anyone with information related this or any other case of child abuse may contact the Dallas Police Child Exploitation Squad at 214-671-4211.