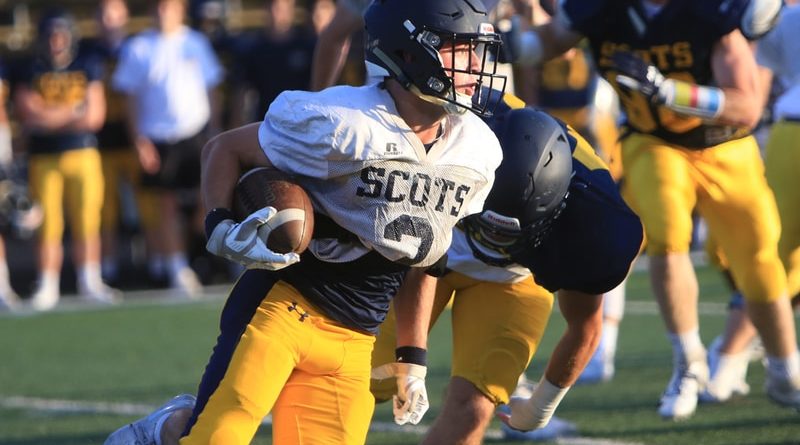 Will Anderson, who will be a senior next season for Highland Park, was one of the standouts of Thursday’s spring game with a touchdown run. (Photos by Chris McGathey)

After winning its third consecutive Class 5A Division I state championship in December, Highland Park might have earned the right to rest on its laurels a bit.

Any such complacency was nowhere to be found during the Scots’ spring workouts, however, which culminated in Thursday’s Blue-Gold game at Highlander Stadium.

“We’ve had really strong leadership in the spring,” said HP head coach Randy Allen. “We haven’t had a bad practice. Every practice, we thought we were a better team when we came off the field.”

One of the primary goals of HP’s three-week schedule of on-field workouts and scrimmages was to establish a preliminary depth chart for next season.

Along with standout returnees such as quarterback Chandler Morris and defensive lineman Prince Dorbah — who each won MVP awards during the state championship victory over Alvin Shadow Creek — the Scots must fill several holes in the starting lineup due to graduation. For example, next season HP will have four new offensive linemen and three new defensive backs.

“We got a lot of looks at some really good players. We feel good about our depth right now,” Allen said. “We’ve got a lot of work to do, and we’ve just got to work hard this summer at getting stronger and faster. Those guys need to work together to get some chemistry, but we’re optimistic.”

The offensive provided a handful of highlights during the spring scrimmage, including a pair of Morris touchdown passes to Drew Scott and Paxton Anderson, as well as a short scoring run by Will Anderson. The first-team offense did not commit any turnovers.

HP will return to the practice field on Aug. 12, with a scrimmage slated for Aug. 23 at Plano East. Other important dates include the regular-season opener on Aug. 30 at Rockwall, the home opener on Sept. 13 against Frisco Lone Star, and the start of District 11-5A play the following week against Bryan Adams.

Allen said HP stuck with a familiar formula during the spring because of past success, but that doesn’t mean the Scots won’t have some surprises in store in the fall as they aim for a historic fourth straight state crown. 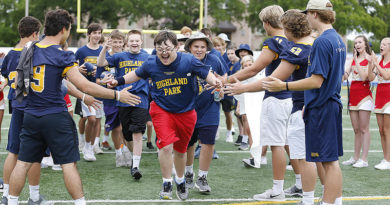 Here’s How HP Got Back to State