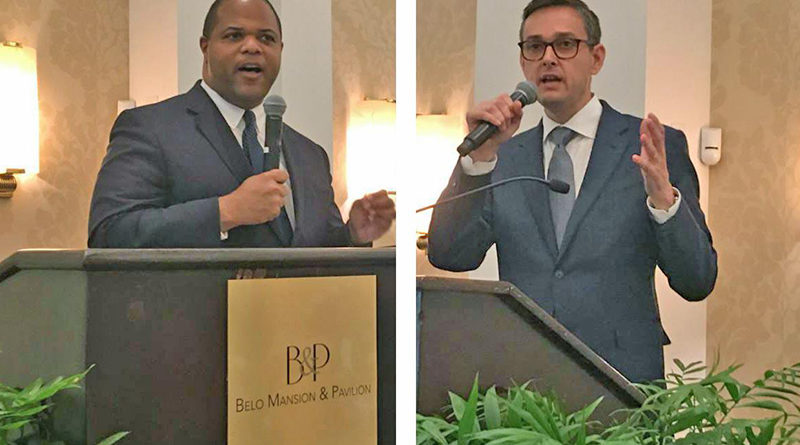 Most recently, 16 former members of Dallas City Council joined a lengthy list of high-profile names in their endorsement of state representative Eric Johnson (D-Dallas). Former councilmen Scott Griggs, though, touts the backing of the Dallas Police Association – who refrained from endorsing a candidate in the earlier election where nine candidates campaigned for Dallas mayor.

The DPA is seen as one of the most coveted endorsements as it has 4,000 active and retired members.

Johnson has already secured the backing of four former mayors of Dallas, including Mike Rawlings – and seven current council members.

Griggs has landed the endorsement of current council members, as well, including Philip Kingston, Omar Navares, and Adam Medrano.

Other endorsements for Griggs include the Dallas Firefighters Association, Sierra Club of Dallas, Dallas AFL, Dallas Gay and Lesbian Alliance, and Dallas Green Alliance  – to name a few.

The runoff election will be held on June 8. Early voting begins May 28.

Other stories to read: