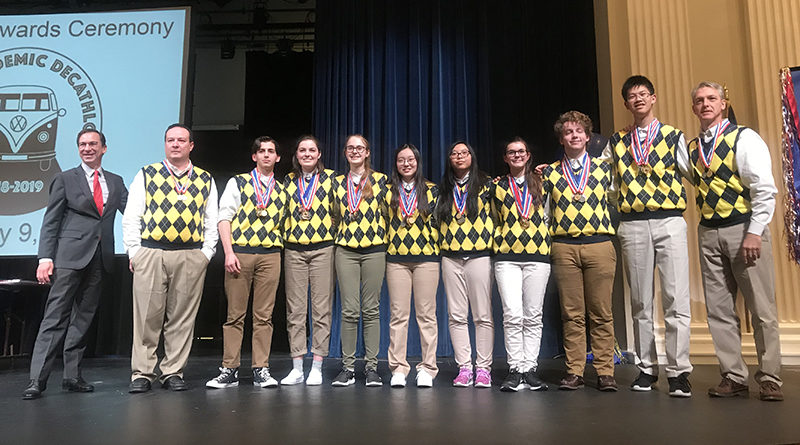 The Highland Park Academic Decathlon team is accustomed, by now, to winning championships.

For the third time in four years, the high school academic competition squad won the Class 5A title. Except for a second place finish in 2018, the Scots have taken the first-place trophy every year since 2016.

Competing this spring in Frisco, the team scored a dominant win with 50,240.7 points – a higher total than the 48,139 points scored at the regional meet. Each member of the team will receive a $1,200 scholarship for college, on top of the individual awards given to individuals based on how they finished in each category.

“It was very exciting because our kids were peaking at the right time,” said Gregory Bergeron, HPISD head decathlon coach.

We practiced every day, starting with the first day of school all the way through the state meet. -Gregory Bergeron

Jenny Feng was HP’s biggest winner, taking home first place in the Scholastic Division and earning a $3,500 scholarship. Lucas Francisco tied for second place and received a scholarship worth $2,500.

Jenny Ye took home fourth place in the Honor Division, winning a $1,000 scholarship. In the Varsity Division, McKenna Jordan won third place and a scholarship worth $1,500. Combined with individual earnings, the Scots totaled more than $18,000 in scholarship winnings.

The Scots had top scores in math, science, social studies, and journalistic interview – enough points to overcome a shaky performance in music and essay writing. The team also answered 33 out of 39 questions correctly during the Speed Quiz Relay – three more than at regionals, when the team answered only 30 correctly.

The title, Bergeron said, was the culmination of a year of hard work.

One thing the team worked on daily, Bergeron said, were reading sections immediately followed by a test to reinforce what they just read.

The team will eye a fourth title in five years with meetings beginning during the summer months. 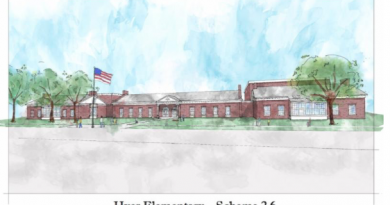 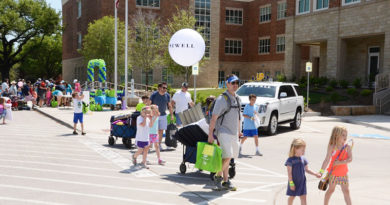 ‘Roughing it’ on Campus: A University Park Tradition