SKULDUGGERY OF THE WEEK: MAKING AN ENTRANCE

It was quite an evening at the CVS at Mockingbird Lane and Central Expressway. At 1:59 a.m. May 29, a black 2002 Ford F250 crashed through the front door of the store and the would-be thief attempted to steal the ATM. The damage to the front door totaled around $10,000.

Arrested at 6:14 p.m.: A 47-year-old man accused of driving while intoxicated with a child in the car at Highland Park Village.

Identity and credit card fraud was reported at 5:27 p.m. by a resident of the 4300 block of Overhill Drive. Her personal information was used to gain credit at two lending companies in Georgia; furniture was fraudulently bought at Tala Furniture and Rugs in Dallas in the amount of $16,229, and at Los Panchos Furniture in Dallas in the amount of $6,300.

Two 18-year-old men were cited for possession of alcohol outside a home in the 4200 block of Arcady Avenue at 11:36 p.m. Both were spotted walking in the road with identical cases of beer.

Police chased a dark colored Volvo SUV that ran a stop sign at Armstrong Parkway and Beverly Drive but lost it after it crossed Douglas Avenue. The Volvo matched the description of a vehicle seen leaving the scene of a car burglary in the 4300 block of Edmondson Avenue, where burglars had entered a silver 2009 GMC Yukon through the rear match and removed an $80 Nike skateboarding backpack and a $1,600 MacBook Air.

A suspect wearing a gray hoodie sweatshirt, a black hat, and blue jeans stole two pairs of eye glasses from

Image Eyewear on Oak Lawn Avenue at 2:49 p.m. The glasses, shaded red and brown, are worth a combined $800. A black cat in a pink collar was still at large after biting a woman at 5:30 p.m. on a porch in the 3500 block of Lindenwold Avenue. The woman had gone outside to greet her daughter when the cat confronted the family’s dog. The woman picked up the dog, but the cat bit and scratched the back of the woman’s leg.

At 11:53 a.m., BIRD Bakery at Highland Park Village reported three fraudulent checks, two for $850 each made out to a now likely former employee on May 28 and a third to a different person for $1,200 on May 29.

At 8:29 p.m. in the 3400 block of Mockingbird Lane, a black SUV struck a 2016 Tesla Model X and fled the scene, without leaving any information.

Reported at 2 a.m.: A 28-year-old man was arrested for public intoxication at the 4000 block of Southwestern Boulevard.

Reported at 10:16 a.m.: A credit card was used fraudulently to book two rooms at the Lumen Hotel on Hillcrest Avenue, as well as to purchase computer software ($50), sports equipment ($150), Lens Trekker and Tascam photography equipment ($125), Xbox equipment ($175), Insignia TV equipment ($25), a Roku ($50), office equipment ($100), and more than $200 worth of optical equipment for a Soligor camera. A 41-year-old man was caught leaving the Lumen and charged with possession of 9.6 grams of methamphetamines.

Reported at 9:27 a.m.: Between March 30 and April 28, a fake social media account using the name and photo of a Highland Park Middle School administrator. Many of the posts have been anti-semitic.

Identification fraud for financial gain was reported at 4:24 p.m. by a resident of the 3700 block of Villanova Drive.

Reported at 6:01 p.m.: a scoundrel used the personal information of a resident of the 4300 block of Potomac Avenue to switch cell phone service and access debit card information.

At 2:49 a.m., a vehicle struck a blue 2014 Nissan Murano parked at a home in the 3000 block of Purdue Street and did not stop to leave information.

Reported at 7:39 p.m.: A vehicle struck a white 2009 Toyota Camry parked at the The Plaza at Preston Center and did not stop to leave information. 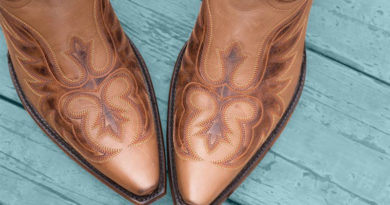 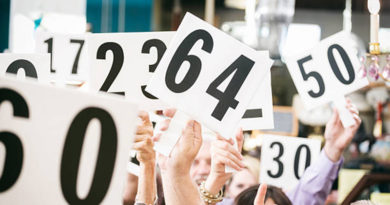 To The Highest Bidder: Sampling of This Year’s CBB Auction Items