Reported at 9:03 a.m., from the 4200 block of Stanhope Drive: Sometime between May 29 and June 3, an online account was fraudulently opened at Legacy Texas Bank. The fake account wired a reported $9,800 through a bill-pay account. A $162,000 closing cost was also fraudulently wired through the account, with the victim believing an email request for the money was legitimate. The case is open pending investigation by University Park police.

A Bank of America credit card was used fraudulently at an Office Depot, in the amount of $83, at 11:23 a.m. The victim, who lives in the 3600 block of Beverly Drive, was able to freeze the credit card.

Reported at 6:27 p.m.: An 18-wheeler got stuck turning southbound onto Eastern Drive from Mockingbird Lane. The truck then left the scene, leaving damage to the light pole, crossing pole, and lighted sign.

A white 2018 Lexus RX350 Hybrid was broken into sometime between 6:30 and 7:30 p.m. at the 4200 block of Oak Lawn Avenue. The driver’s side rear window was broken, and glass was on the ground inside the vehicle. Stolen from the vehicle was a green bag, and a Mac book.

A pole was reported leaning into a yard at the 3100 block of Drexel Drive at 1:02 p.m. It was initially believed that a truck belonging the H and S Extrication Construction hit the pole, but an examination of the truck revealed no damage consistent with striking a pole. Oncor placed a new pole next to the leaning one later that day.

The rear passenger window of a white 2019 Audi SUV was broken in between 9:43 and 10:43 a.m. at the 4600 block of Abbott Avenue. A brown Louis Vuitton purse was taken from inside the vehicle.

Reported at 8:18 a.m. from the 3200 block of Hanover Street: Several credit card accounts were opened fraudulently, with many charges made on said accounts. Reported at 2:57 p.m. from the 3800 block of University Boulevard: Fraud in the form of identity theft sometime between May 31 and June 4.

A white 2018 Mercedes SUV was broken into between 2:45 and 3:45 p.m. at the Moody Family YMCA on Preston Road. A $500 Louis Vuitton purse as stolen, along with three credit cards, two identity documents, and $10 in cash.

A window on a Toyota Sentra was damaged between 8:30 and 9:37 a.m. near the CVS at Glenwick Lane and Preston Road.

A Cannondale bike, worth $683, was stolen sometime between June 3 and June 7 from behind a store located in Snider Plaza.

Reported at 4:31 p.m. from the 3300 block of Rosedale Avenue: Fraud was committed via use of a name and credit card, in order to make purchases. 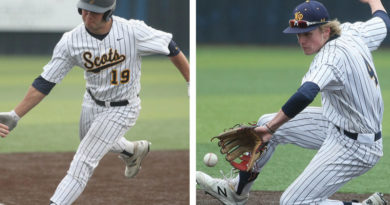