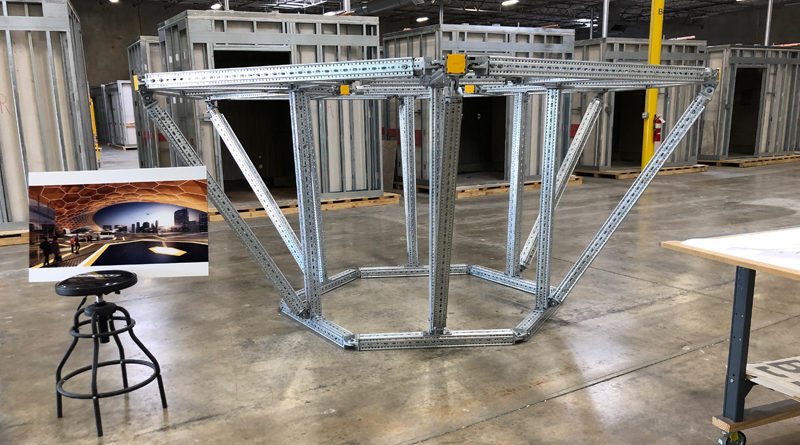 Look our Jetsons, here we come.

Dallas is one of the three confirmed test markets to participate in Uber’s aerial ridesharing program, which launches in 2023. The Dallas-based hubs will be in Victory Park and Frisco.

(Above: A physical mockup of the modular steel framework that would serve as the base of The Beck Group’s envisioned Dallas Skyport. The mockup was prefabricated at The Beck Group-affiliated-company Factory Blue, an off-site manufacturing facility that is revolutionizing the way the firm delivers, designs, and builds projects.)

“Our design is in part inspired by prefabricated components that can be shipped directly to a project site, offering a real-world, design-build solution that will one day bring this innovative concept to life,” said Tim Shippey, associate principal at The Beck Group.

Originally, the timeline was set for 2020, but was pushed back.

A critical part of the success of creating an aerial ridesharing ecosystem involves using existing infrastructure and adding modular “plug and play” elements. The undulating cloud structure, elevator enclosure, and sky lounge can be manufactured at The Beck Group-affiliated, off-site manufacturing and fabrication company Factory Blue.

“We developed a prototype to fit on an existing structure in order to test a system without the financial exposure that a ground-up facility would entail,” said Michael Kaiser, principal and national director of Design at The Beck Group. “We focused on providing the optimal user experience for those that will use the space.”

With a parking structure retrofit in mind, The Dallas Skyport simplifies the traveler’s journey – everything from arrival to check-in, waiting at the terminal to departing into an eVTOL aircraft. Structural elements also counteract the intense heat of Texas summers. For example, the cloud-like canopy covering eVTOLs as they charge promotes airflow and allows for improved ventilation.

Beck’s retrofit concept focuses on combining an existing seven-story parking structure with
pre-fabricated components, like the undulating cloud canopy, unique elevator enclosure, and sky lounge. The Dallas Skyport facilitates eVTOL take off and landing as well as space for bikes, scooters, and electric vehicles. The Skyport features a 6,000 square foot lobby as well as a 2,000 square foot sky lounge at the top for travelers to wait for their departing aircraft.

“As a design-build firm that is beginning to fabricate building components at Factory Blue, we are uniquely positioned to solve the challenging question of how you add on to an existing parking structure. The design and fabrication of modular elements in our Dallas Skyport deliver a concept that aligns with Uber’s innovative vision and is within budget,” Shippey said.

While last year’s design focused on high-volume infrastructure, this year’s concept showcases what Skyport connected mobility hubs might look like in Dallas/Fort Worth in 2023.

The Dallas Skyport and other 2019 concepts represent the first fully measured and technically possible Skyports.

Founded in 1912, The Beck Group is a collaborative team of designers, builders and technology experts, offering planning, architecture, interior design, construction, sustainability, and technology consulting services. By integrating architecture and construction, Beck provides a unique approach to projects that transforms the way organizations design and build. With 900+ employees in Atlanta, Austin, Charlotte, Dallas, Denver, Fort Worth, Mexico City, and Tampa, Beck’s pioneering use of mainstream and emerging technologies provides clients with solutions at every stage of their projects. 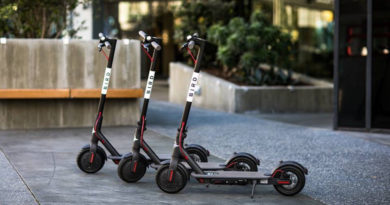 UP Says Yes to Motorized Scooters at SMU