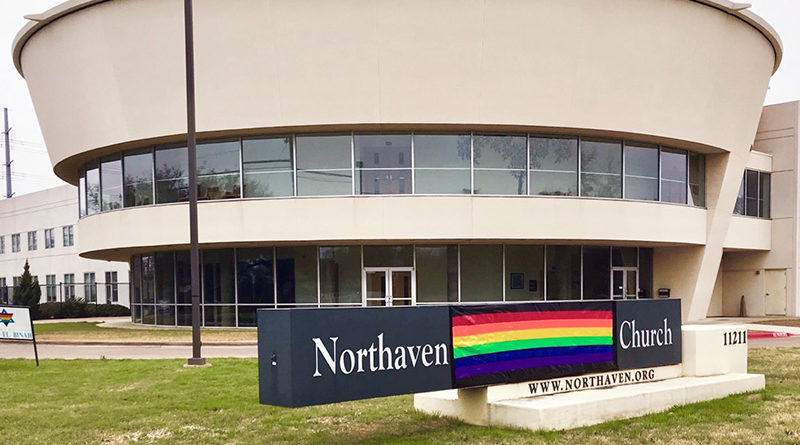 Sadness and uncertainty are palpable throughout the global United Methodist Church, including congregations in North Dallas, after a vote this year affirmed bans on gay clergy and same-sex weddings.

(ABOVE: In a show of support of LGBTQ people, Northaven United Methodist Church tweeted out this photo of a rainbow flag covering up the word ‘Methodist’ on its sign. Courtesy photo)

During February’s Special General Conference in St. Louis, conservative delegates outvoted progressives 438 to 384 for a “Traditional Plan” that upholds the bans.

Now many Methodists on all sides agree their church is headed for a split.

“As a church historian, this has been fascinating to watch,” said Ted Campbell of the Perkins School of Theology at Southern Methodist University. “But as a church member and church leader, it’s very upsetting.

“We don’t want to see the church divided. But U.S. society is polarized, and the more polarized we become, the more we can’t avoid division.”

Campbell, an ordained UMC minister, specializes in Methodist history. He explained that church conservatives point to 1 Corinthians 6:9-10 and Romans 1:26-27 as proof that God rejects homosexuality.

Progressives, Campbell added, believe some Scripture may not be binding for modern times. He noted, for example, that the Apostle Paul thought women’s voices ought not to be raised during worship.

“If that were the case today, women couldn’t sing in choirs,” Campbell said. “It’s very clear that was part of the culture at that time, but not for all time.”

He’s not alone, noting that United Methodist ministers in Dallas tend to be liberal-progressive.

He referred to a recent full-page ad in the Dallas Morning News that expressed apologies for the vote. It contained 177 signatures from the clergy. Many of them represent the largest United Methodist congregations in Dallas, Campbell said.

“We are sorry,” the letter stated, “for the untold pain that churches bring to LGBTQ+ persons, intentionally and unintentionally.”

“We’re to love everyone,” Campbell said. “And those of us who are close to LGBTQ people, and love them, believe that being gay is not a choice, but genetically determined.

“It’s hard to say we can’t accept these people because of how they were born.”

Speaking for conservatives is a colleague of Campbell at Perkins—William Abraham, the Albert Cook Outler Professor of Wesley Studies.

Abraham was unavailable for an interview, but in a lengthy essay on peopleneedjesus.net, he said that opponents had unfairly assailed the conservative position.

“We are portrayed as wolves in wolves clothing,” Abraham wrote. But, he added, “conservatives are not for sale precisely because they believe, for better or worse, that they cannot among other things walk away from our Lord’s teaching on marriage.”

Campbell and Abraham agreed that if the church divides, it could someday reunite, but that likely wouldn’t happen for at least a generation.

Abraham said, however, that the current turmoil makes the church “ungovernable” and conservative and progressives face more traumas as they negotiate fair divisions of church assets.

“The divorce lawyers have been called,” Abraham wrote, “and the only question is what kind of settlement can be arranged, whether amicable or angry.” 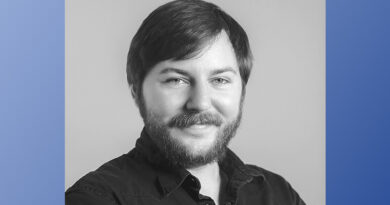