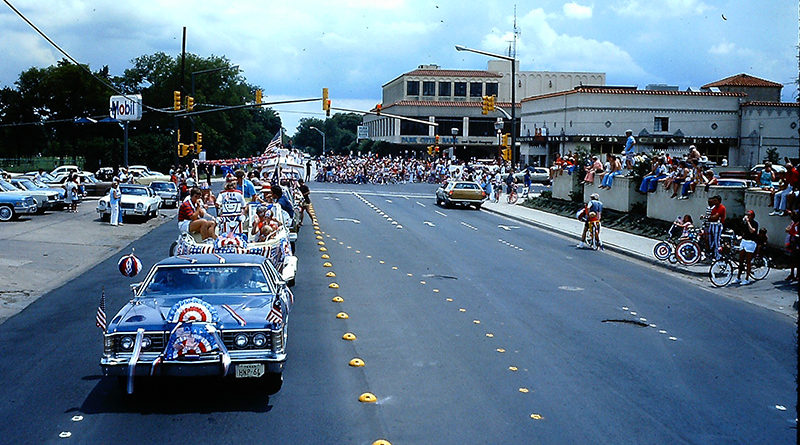 Editor’s note: This story was updated at 6 p.m. on June 29 to include the correct parade route map.

Each year, the Rotary Club of Park Cities selects one impressive, difference-making resident to serve as grand marshal for the Fourth of July Parade, the largest single-day event in Highland Park and University Park, attracting more than 10,000 residents and guests.

“Someone who exemplifies service above self,” explained Cleve Clinton, who chaired the Rotary committee that helped the club select Frances “Francie” Moody-Dahlberg as this year’s honoree.

As chairman and executive director of the Moody Foundation, which was established by her great-grandparents in 1942, Moody-Dahlberg oversees the foundation’s activities throughout the state and is seen as a champion of women’s and children’s issues.

“We’re very broad in terms of where we give,” she said, sharing that the foundation has provided grants to support medical research, the arts, and children’s programs.

The parade will pass the Moody Family YMCA, another example of the foundation’s impact and the location from which participants in the bicycle decorating contest will fall in behind the floats.

Having grown up in Galveston, Moody-Dahlberg was able to see the work her family’s foundation was doing in the state and knew she wanted to continue it. Part of that started by being inspired by her grandmother, whom she was named after, to go to college at SMU.

“I wanted to follow in her footsteps, and that’s what led me to Dallas. And coming from a small town in Galveston, I wanted to be in a big city,” she said.

At the foundation, Moody-Dahlberg continues her family’s legacy of supporting projects that benefit and empower Texans, a mission she is proud of devoting her life to.

But who is she, outside of her philanthropic endeavors? She is simply Francie, Park Cities resident, wife to Kevin Dahlberg, and mother to Alexis, 10, and Ashton, 8.

Moody-Dahlberg also sits on the boards of numerous organizations and institutions, including the AT&T Performing Arts Center.

She makes frequent trips out to Galveston for the foundation. Sometimes she goes as often as three times a month.

“It’s worth it,” she said of traveling home. “My parents still live in Galveston, and I’m happy and very blessed to be part of the businesses that have been part of my family for generations. You just manage to balance it all.

Any off time she has, though, is spent doing what anyone likes to do.

“I love spending time with my family. I love traveling,” she said. “And I love food. I’m a foodie, I guess you could say.” Did you know? Each year gifts by parade participants and supporters provide thousands of meals through the North Texas Food Bank. Visit rcpcjulyfourth.causevox.com to donate. 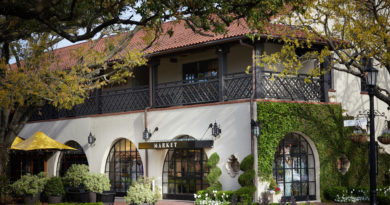 Highland Park Village Brands Give Back 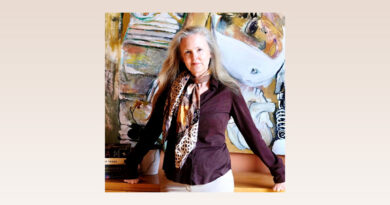 From The Big Easy And Back to Big D