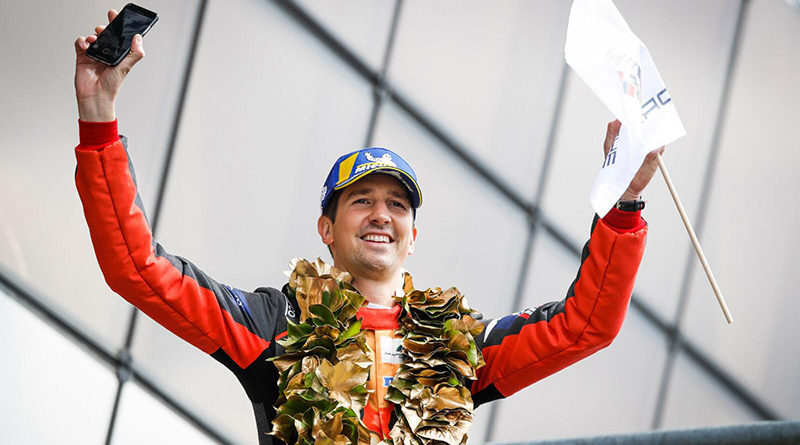 Park Place Motorsports driver and Dallas resident Patrick Lindsey won the GTE Am points championship title in Le Mans, France, but it wasn’t until 24 hours after the checkered flag fell that he was crowned the winner of Le Mans with co-drivers Edgidio Perfetti and Porsche Factory Driver Jörg Bergmeister. A post-race penalty was given for fuel capacity error to the winning Ford of Houston-based Keating Motorsport.

The crowning achievement of Le Mans winner is one that can often escape even the most talented teams and drivers, but Lindsey and company took home the honor in their first WEC season.

The Super Season put on by the FIA WEC was to restructure their race season so the 24 Hours of Le Mans, which initially fell early in the race of the season, would now mark the finale. The Super Season featured two races at Circuit de la Sarthe in Le Mans and competitions in Europe, Asia, and the United States. Lindsey took home two wins, and three podium finishes out of eight rounds.

“Well, it’s certainly unexpected news,” said Lindsey. “Winning the championship was the goal going into the race and having accomplished that with a second-place finish was beyond satisfying. With the news that we are now the winners, it’s a lot to wrap my head around.” Park Place Motorsports is tied for third in the IMSA WeatherTech SportsCar Championship GT Daytona Team Points Championship. Watkins Glen International is the halfway point of the 2019 season and is the third installment of the Michelin Endurance Championship. The endurance championship features North America’s most elite endurance races including the Rolex 24 At Daytona.

The Sahlen’s Six Hours of the Glen airs on NBCSN Sunday, June 30 from 7 to 10 p.m. ET in a delayed broadcast. To watch the six-hour race live use IMSA.tv and NBC Sports app or listen to the race live with IMSA Radio.